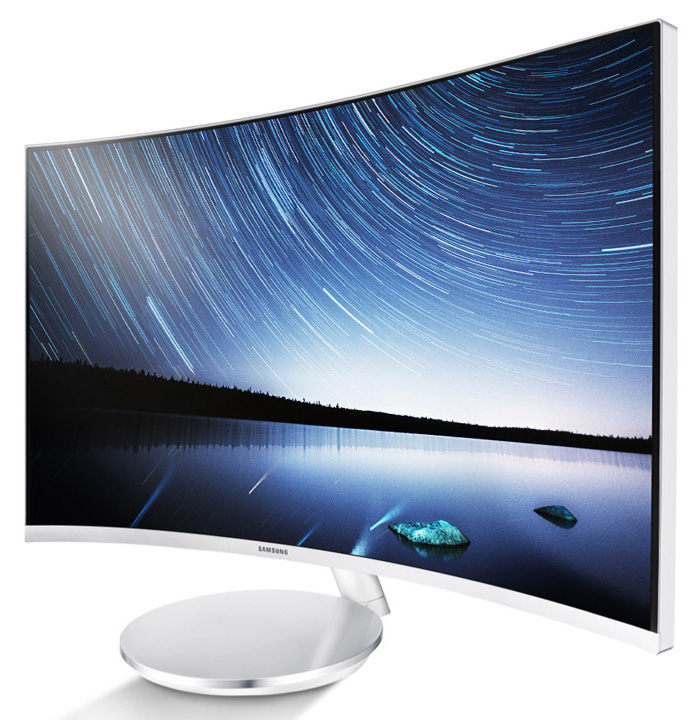 Samsung has announced a new curved monitor that comes with very nice looks. The device is called C27F591FDU and sports a large 27-inch display that targets professionals and hardcore gamers. The monitor is based on VA technology and offers Full HD resolution of 1920 x 1080 pixels, a response time of 4 ms, a contrast ratio of 3000:1 and support for AMD’s FreeSync technology. The overall weight of the device is 4.4 kilograms.

The C27F591FDU comes with support for 16.7 million colors and 250 cd/m² of brightness. Unfortunately for some users the Samsung C27F591FDU does not support VESA stands. The monitor, which needs 37W of power when operating, also does not come with a DVI port, which means that some owners of it may need a new video card. In the back users will find a DisplayPort 1.2 connector, a HDMI 1.4a port, a D-Sub connector, and audio jacks. In addition the C27F591FDU has two built-in 5W speakers.

The new C27F591FDU monitor will be in stores by the end of the month. The price of the C27F591FDU is unclear as of now.