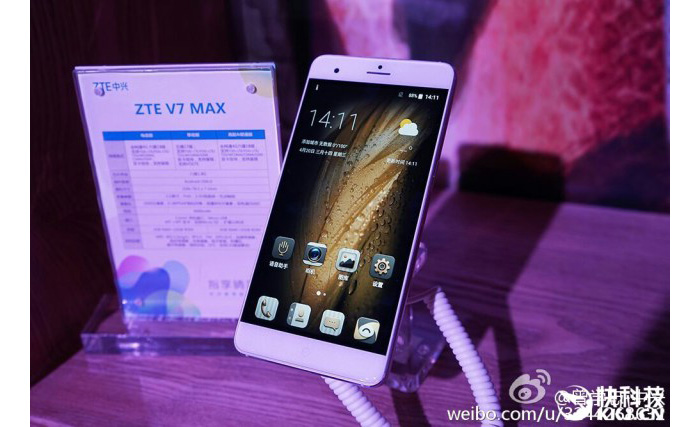 ZTE has announced one more smartphone just a day after the Chinese company presented the Nubia Z11 Mini handset. The new communicator is called V7 Max and comes with mid-range specs that do not leave any doubt what market niche the smartphone is targeted at.

The V7 Max is not related to the Nubia smartphone line but despite this the handset has a lot in common with the Nubia Z11 Mini smartphone. The V7 Max uses a 5.5-inch 2.5D AMOLED display at Full HD resolution. Inside the device has an 8-core MediaTek processor, 32 GB of internal memory, a microSD slot for expansion, a USB Type-C port and a 3000 mAh battery. Depending on the version the V7 Max has 3 GB or 4 GB of RAM. And in the back the handset has a 16 MP camera, while up front, there’s an 8 MP unit. All the hardware is housed in a metallic chassis, which is a nice feature.