Micro-Star International comes up with new factory overclocked graphics card for PC users which is equipped with latest Twin Frozr III dual fan cooling solution with a special blade design on the fans which MSI says are quieter and generate 20% more airflow for better heat dissipation. 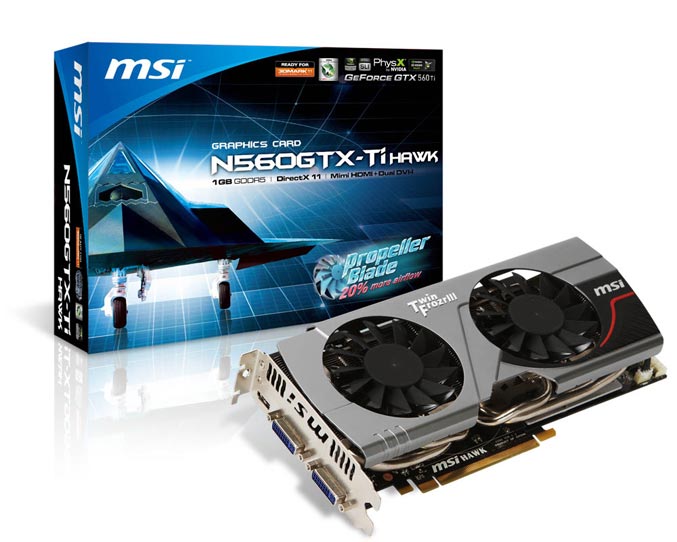 The Twin Frozr III cooling solution includes nickel-plated copper base, four heat pipes and dual 8cm PWM fans, which together MSI claims offer 17 degrees lower temperature than the reference the reference cooling design. The card is equipped with dual-DVI and mini HDMI outputs, have Triple Overvoltage support with MSI’s proprietary Afterburner overclocking utility and can be found around 235 euro.