The leading provider of high-performance solid-state drives, OCZ Technology Group, announced the launch of their 1.8 inch Solid State Drives which will offer storage upgrade for mobile systems, while still delivering the performance demanded by high-end enthusiasts.

CMO of the OCZ Technology Group, Alex Mei, said that Solid State Drives provide numerous benefits to mobile users including improved performance and reliability as well as lower power consumption versus traditional hard drives. He also stated that they are now introducing two new drives that are designed to cater to the entire range of mobile application including the Vertex2 1.8 inch which delivers the same performance as their popular 2.5 inch version in a smaller form factor for customers looking to achieve maximum performance on the go, and the new Onyx 1.8 inch which is designed for consumers looking for a quality SSD that is aggressively priced and is ideal for Netbooks. 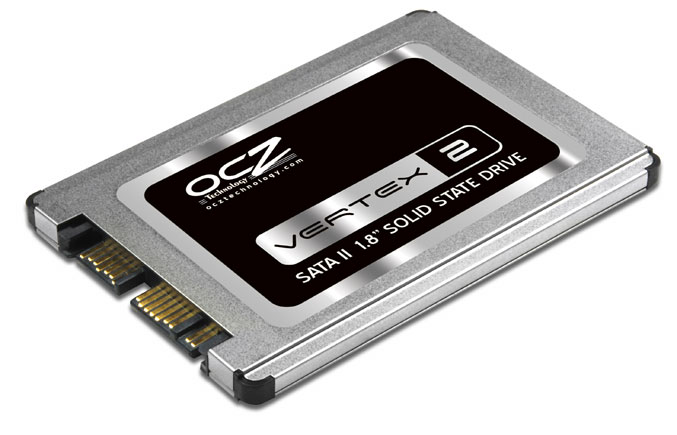 As stated by Alex Mei, the OCZ Technology Vertex 2 1.8 Inch delivers the same performance as the 2.5 inch edition, but it is compatible with a wide range of mobile applications and devices. It is also driven by SandForce, and excels in 4KB random writes up to 50,000 IOPS. The transfer rates of the Vertex 2 1.8 Inch SSD are up to 285 megabytes per second in reading speeds and 275 megabytes per second in writing speeds.

The OCZ Onyx 1.8 Inch Solid State Drives is targeted at mainstream consumers that are looking for increased performance and lifespan on their already existing platforms. It is available in 32GB and 64 GB, and delivers up to 145 megabytes per second and 64 megabytes of cache.

Both of the announced solid state drives feature durable and lightweight alloy housing and no moving parts.