Acer Predator will impress you with performance 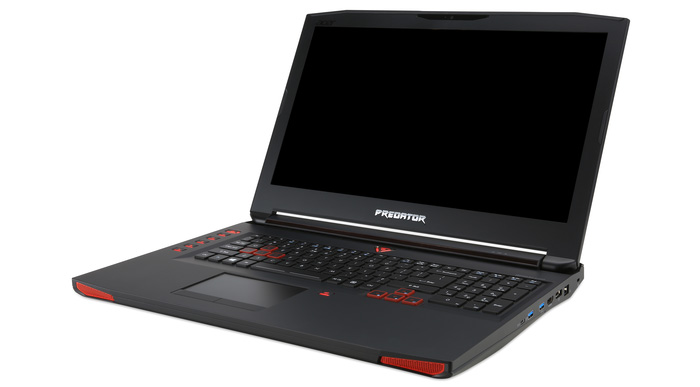 After unveiling the Predator 6 desktop gaming computer at Gamescom 2015, Acer has turned its attention to the mobile gaming market and at IFA 2015 the company has announced no less than two new gaming notebooks called Predator 15 and Predator 17.

The new notebooks pack powerful hardware on the inside but also come with some really neat and eye-catching chassis that should establish Acer as a major and reliable gaming notebook maker. The new Acer products share the same design and features and most of the tech specs. They both come with Intel Core i7-6700HQ Skylake processors, NVIDIA GeForce GTX 980M graphics, up to 32 GB of DDR4 memory, up to 512 GB of NVMe PCIe SSD storage and a Killer DoubleShot Pro network card. With all this gaming hardware the notebooks will generate a lot of heat so that’s why Acer has installed the Predator FrostCore triple fan technology on both machines. The difference lies in the displays – the Acer Predator 15 has a 15.6-inch display with either Full HD or 4K resolution, while the Predator 17 has a 17.3-inch display that works at Full HD resolution only.

The new gaming notebooks will be in stores in November. The Acer Predator 15 will sell for USD 1499.99, while the Acer Predator 17 will cost USD 1599.99 and these prices also include a copy of Windows 10. In Europe the prices will be the same – just in Euros.