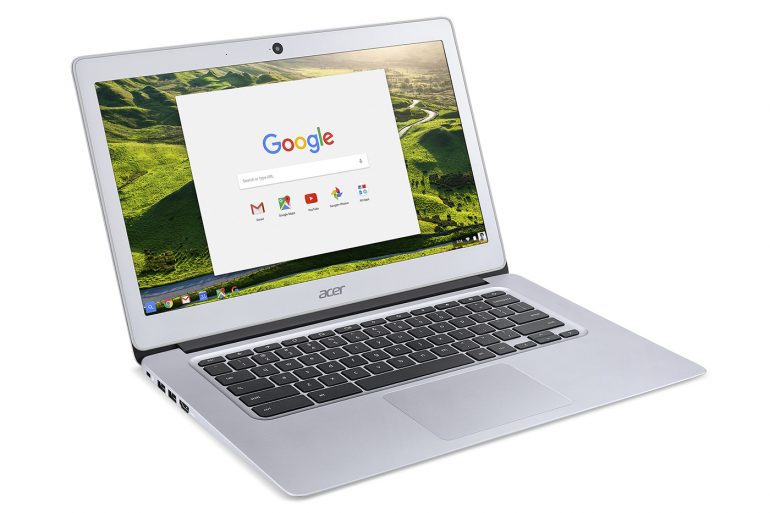 The Taiwanese Acer has presented the new Chromebook 14 notebook computer that further expands the presence of Chromebooks on the market. As the name of the notebook suggests, the Chromebook 14 by Acer comes with a 14-inch display that depending on the version chosen works at either 1366 x 768 pixels or at 1920 x 1080 pixels.

The new Chromebook 14 is based on an Intel Celeron N3060 processor with two cores that run at 1.6 GHz. The device also has 2 GB or 4 GB of RAM, 16 GB or 32 GB of internal memory and various connectivity ports and technologies such as 802.11ac Wi-Fi, Bluetooth 4.2, a HDMI port, a memory card reader and two USB 3.1 connectors. Acer says the Chromebook 14 is the first Chromebook by the company to come with USB 3.1 ports. Another nice feature is that the Chromebook 14 is housed in an aluminum chassis that is 17 mm thick and that weighs 1.55 kilograms. As to the battery the 1366 x 768-pixel version can work for up to 14 hours on a single charge but the nicer Full HD version can operate on battery power for up to 12 hours.

The new Acer Chromebook 14 will be in stores later this month. The most basic configuration will be yours for USD 299.