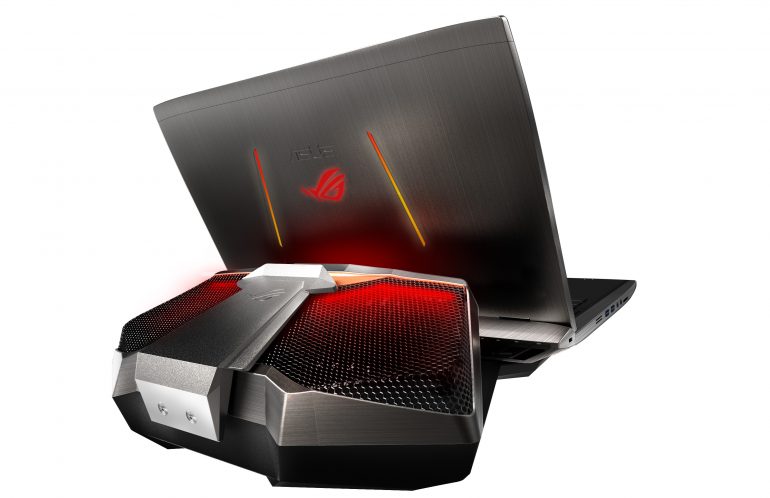 A few months ago ASUS announced the new ROG GX700 gaming notebook – the computer stunned IFA 2015 visitors with two facts – it could be overclocked and it also came with a liquid cooling dock right out of the box. The bad part – the machine was not available at this time.

The ASUS ROG GX700 is now available at many retailers around the world. The gaming notebook costs EUR 4500.