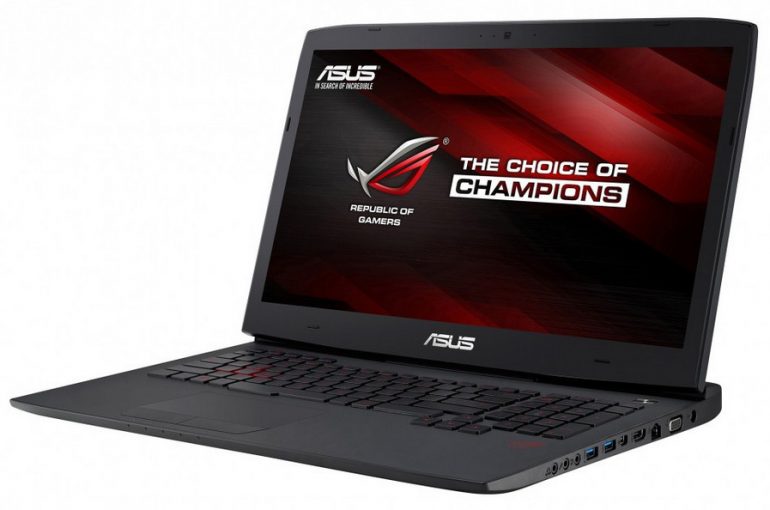 The Republic of Gamers (ROG) division of ASUS has announced the new G751 series gaming laptop. The new gaming machine comes with the latest hardware out there and an innovative chassis that allows unwanted heat to escape in a really efficient way.

The hardware inside isn’t everything and ASUS ROG knows it. This is why the new G751 gaming notebook comes with a few more technologies that will bring you additional fun and will make gaming a pleasure. The G751 features the ASUS TurboMaster GPU technology that allows you to overclock the integrated videocard in order to achieve desktop levels of performance. In addition to that the G751 has the GameFirst III technology that optimizes networks to give users lag-free gameplay. It prioritizes game packets and allocates more bandwidth for smooth, lag-free gaming. It features four preset packet-priority modes, and manual settings for users who want total control over their networks. The built-in Network Monitor tool even lets users manage network traffic and test connection speeds. There are dedicated keys for instant Steam access and one-click gameplay recording too.

As a finishing touch ASUS has provided the G751 notebook with a chassis that helps reduce internal hardware temperatures. It is built around an intelligent, near-silent cooling system that consists of two independent fans and copper heatsinks. This system is capable of keeping the CPU and GPU temps low even when overclocked. Three heat pipes lead directly to the GPU to draw heat towards the fan, with hot air being blown out through the rear vents of the G751. The rear vents direct the exhaust away from the user, and play a key part in the efficient and effective thermal design of the G751.

The ASUS ROG G751 does look impressive, doesn’t it? Unfortunately this is all we know about it and we can’t say how much the notebook costs. Given the hardware specs, we do not expect the device to be cheap.