Intel’s upcoming plans are clear now – in late 2014 the US company will introduce the first Broadwell processors on 14 nm technology but they will be mobile chips only.

Now the first preliminary specs of the upcoming mobile Broadwell chips have become known. As expected they will carry the new Core M moniker and there will be just three models to choose from – the Intel Core M 5Y10, 5Y10a and 5Y70. Two more models will be released in Q1 2015.

All three listed models will come with TDP of just 4 watts. This has been achieved by a significant reduction in the CPU and GPU clock speeds. Still Intel has provided rather high Turbo clock speeds to compensate for the low initial frequency. Thus the Core M 5Y10 and 5Y10a will run at 800 MHz while the integrated GPU will be operating at 100 MHz. These chips will be able to go up to 2 GHz in Turbo mode, while the GPU will be able to run at 800 MHz. The Core M 5Y70 is a special case though – it will run at 1.1 GHz by default and will be able to run at 2.6 GHz in Turbo Mode. The integrated GPU will operate at 100 MHz and at 850 MHz in Turbo mode. In addition to that the chip will support Hyper-Threading, Trusted Execution technology and VPro. All aforementioned Core M chips come with two processing cores and support for DDR3L or LPDDR3 memory.

Modern power supply units usually come with a cooling fan that helps cool the internal PSU components but strangely enough Chieftec has designed a new PSU that bets on passive cooling. The new PSU is known as GPS-500C Smart and boasts an 80 Plus Platinum certificate... 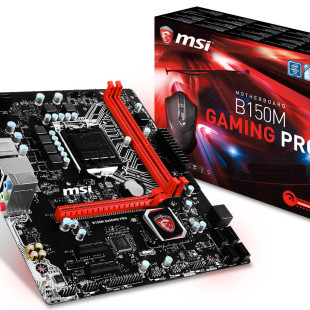 The popular Taiwanese hardware maker MSI has announced a new gaming-oriented motherboard based on the LGA 1151 socket. The board is called B150M Gaming Pro and comes with the budget-oriented but still capable Intel B150 chipset. The new motherboard sports the micro-ATX form factor so it is...

Network traffic keeps on growing along with demand for faster speeds and this has been the norm in the past decades. Despite all efforts, however, a large number of users still experience network pains when it comes to exchanging data. Broadcom and Qualcomm Atheros are here to help – the...