Hercules unveils the latest generation of its eCAFE Netbooks – the eCAFÉ  Slim HD and the eCAFE EX HD, for which the company claims that has the best battery life on the market.

The new 10.1-inch models have backlit LED screen with 1024 x 600 resolution and are powered not by an Intel Atom  or an AMD CPU, but by ARM Cortex-A8 Freescale processor backed by 512 Mb RAM. Other interesting decision by Hercules is that they don’t have high-capacity hard disk drives or solid state drives and come with Flash iNand memory – 8GB for eCAFÉTM Slim HD and 16GB for eCAFÉTM EX HD (8GB Flash iNand + 8GB SDHC memory extension card bundled),  extendible up to 72GB. They also include essential connectivity like LAN and  WiFi 802.11b-g-n and offer also 3 USB 2.0 ports and 1 mini-USB port, HDMI (EX HD), multimedia card reader and headphone and microphone jacks. 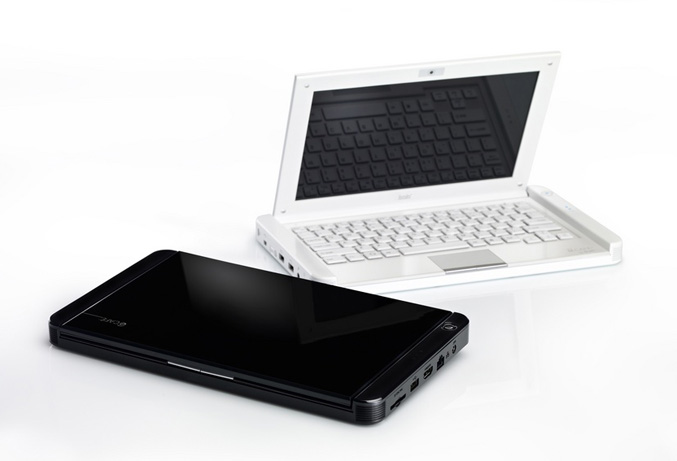 Both laptop have slender design, offer chiclet keyboard with flat, separated keys and their screens fold into the body, for portability and better protection. The eCAFÉ Slim HD is only.8” thick and weighs in at just 1.9 lbs, while the EX HD is “fat” 1.1 inches and weighs 2.4 lbs but also offer up to 13 hours on a single charge. They run eCAFÉTM Netbook Edition Operating System (Linux) which wakes up from standby mode in just 4 seconds, and come with variety of software tools and multimedia apps, plus an exclusive eCAFÉTM Sync application that lets you connect your eCAFÉ to your main computer (Windows, Linux or Mac OS X) via the included mini-USB cable, allowing you to transfer files quickly and easily when needed. 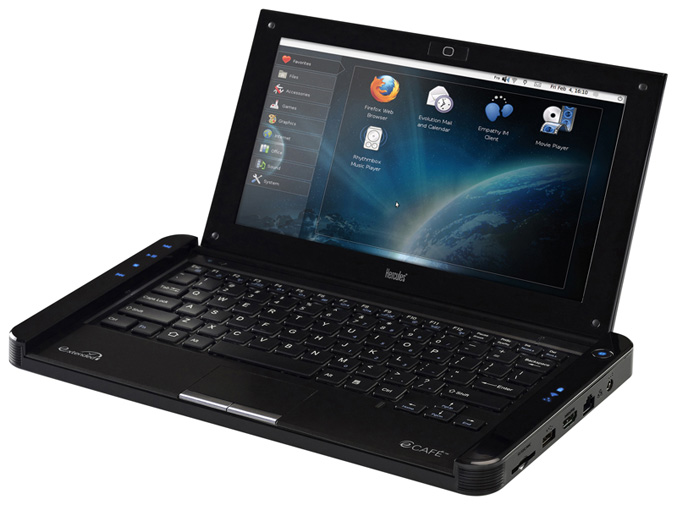 The eCAFÉ Slim HD and eCAFÉ EX HD will be available starting April , at suggested retail prices of $229 and $269.