Hitachi has announced a new slim hard drive in a bid to capture market share in the ultrabook storage market.

The move was further inspired by the fact that most ultrabooks use SSDs with low power consumption for storage purposes but Hitachi was ready for a battle – after all hard drives are cheaper and offer more storage space to say the least. The only problem would be that hard drives often require space – the standard height of a 2.5-inch laptop hard drive comes in at 9 mm, with some of the higher capacity models stretching as high as 12.5 mm. Of course building an ultrabook with such a hard drive would be impossible so something new had to be designed.

And here it comes – the new TravelStar Z7K hard drive series debuts in capacities of 250 GB, 350 GB and 500 GB and all this on a single platter with a total height of just 7 mm. 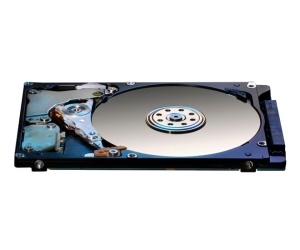 Despite the small size specs have not been compromised. Hitachi’s latest offering comes with full 7200 rpm spindle speed, 32 MB of cache and SATA 3.0 interface. Hitachi is also pointing out that its small stature means plenty of room for an mSATA SSD to be used as a staging area for improved performance.

Unfortunately pricing is unknown while market availability is expected later this year with volume production starting in March 2012.