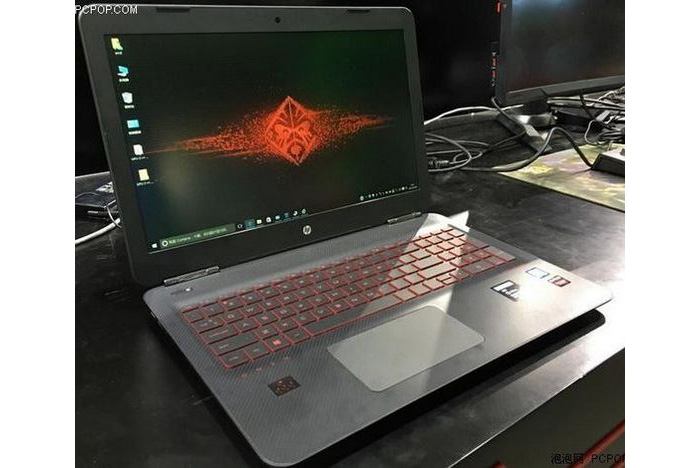 Until now we knew that due to the power efficiency that the Pascal GPUs come with NVIDIA could use desktop video cards in regular notebooks, thus giving them some extra power when it comes to games and 3D graphics. Now this also holds true for AMD’s Polaris GPUs – HP has just demonstrated a new Omen-series gaming notebook that comes with the not just yet launched Radeon RX 460 video card.

The card inside the notebook features 1472 stream processors, which is more than what the desktop version of the card will come with – 896 stream processors. The GPU there runs at 1180 MHz, while the installed 4 GB of GDDR5 memory runs at 6000 MHz effective (1500 MHz nominal). The card comes with a 128-bit memory bus and thus it enjoys 96 GB/sec of memory bandwidth.

Apart from this the new and not yet launched HP Omen notebook comes with a 15.6-inch IPS display that works at 1920 x 1080 pixels, an Intel Core i7-6700HQ processor or Core i5-6300HQ chip, 8 GB of RAM, and a 1 TB hard drive that can be accompanied by a 128 GB SSD. Despite these impressive specs the new HP Omen gaming notebook is just 24.5 mm thick. The same model will also be available with GeForce GTX 960M and GTX 965M video cards too.

The new Omen generation starts at USD 825 in the United States.