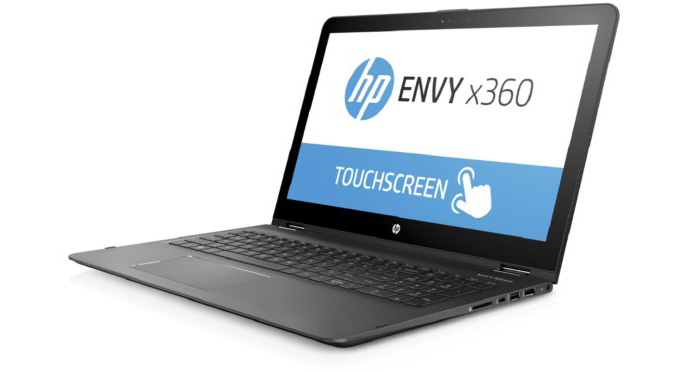 HP, in partnership with AMD, has announced the world’s first notebook with AMD’s latest mobile Bristol Ridge APUs. The notebook is called ENVY x360 and carries an AMD FX-9800P processor.

The FX-9800P chip has four Excavator computational cores that run at 2.70 GHz (3.60 GHz Turbo) and Radeon graphics with 512 stream processors. The TDP of the chip is just 15 watts and in addition to this it has native support for DDR4. All Bristol Ridge APUs will be made on 28 nm technology and will include various architectural improvements that will allow them to offer increased performance along with lower power consumption.

As to the ENVY x360 – the notebook comes with a 15.6-inch display that works at Full HD resolution. Apart from the Bristol Ridge APU that we mentioned, the ENVY x360 will also be available with Intel Core i5 and Core i7 Skylake processors. The device has support for up to 16 GB of DDR4 memory and it can use up to 2 TB hard drives or SSDs with capacities of up to 256 GB. The ENVY x360 also packs Bang & Olufsen sound, two USB 3.0 ports, a USB-C port, HDMI, a card reader and a chassis that weighs 2 kilograms and is 18.8 mm thick.