Intel’s new Ivy Bridge CPU line has prompted all PC manufacturers to update their product lists and Lenovo is not an exception. The Chinese electronics giant has unveiled a new X1 Carbon ultrabook and a bunch of 2012 model ThinkPads that share one thing in common – yeah, you guessed it – they are all based on Intel Ivy Bridge processors.

Starting with the X1 Carbon ultrabook here we have a new ultrabook model that shares the name with the X1 ultrabook released last year. One thing that makes it stand apart is the super light chassis made of carbon fiber as opposed to the ThinkPad’s standard magnesium chassis. It will be the lightest 14-inch ultrabook on the market when released and is slated to have a number of useful features, including the ThinkPad’s top-notch keyboard, rapid charging (up to 80% in 30 minutes), Dolby audio, integrated 3G with Lenovo’s contract-free mobile access, a backlit keyboard, and a 1600 x 900 display. On those of those it will have all the business features that IT managers want to see, like vPro. 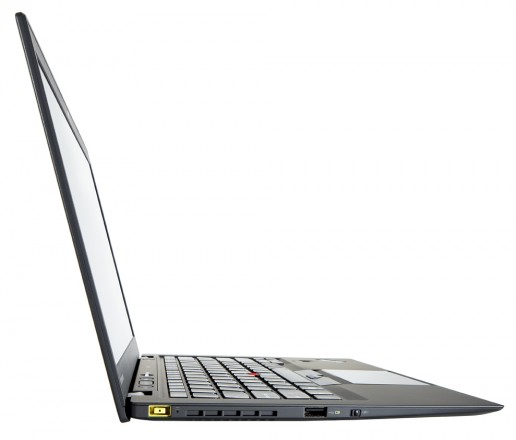 Next to the X1 Carbon we have a bunch of new ThinkPad systems, all based on Ivy Bridge, that belong to different series – T stands for workstation, L for value, X means ultra portable, while W is for performance workstation. The X230 starts at 1179 USD and for this kind of money you get up to 24 hours of battery life, 4G radio, mini DisplayPort, USB 3.0 and a backlit keyboard option.

The X230T starts at 1479 USD and offers a 12-inch display, mini DisplayPort, USB 3.0, and a backlit keyboard option. The T430 retails for 879 USD and up and is a 14-inch workhorse lighter than the previous generation. The T530 offers a 15-inch screen with the option for a full HD display with 95% color gamut while the T430s (1379 USD) is a light version of the T430 that gets Thunderbolt with Core i7 processor option. Last but not least we have the W530 with the newest NVIDIA graphics, a small color calibrator and DisplayPort 1.2 and the L430 and L530 (at 879 USD and up) with 180-degree metal hinges, switchable discrete graphics option and EPEAT Gold.

In addition to the new processors, the ThinkPads for 2012 will be getting USB 3.0, optional 4G, Dolby sound, and the “Precision keyboard. That’s right, the ThinkPad line (even the T series) is moving to an island-style keyboard, as we saw happen with the Edge line not so long ago. Welcome to a brave new world of typing ThinkPad users!

The new ThinkPads will be available in early June this year, while the X1 Carbon ultrabook will become available this summer. Pricing is unknown.