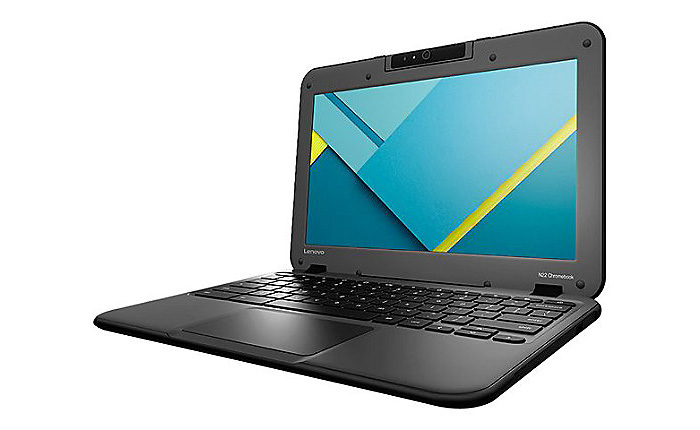 Lenovo has decided to update its N22 Chromebook just like HP did yesterday with its Chromebook 11 G5 model. The updated N22 Chromebook has gotten a new processor and a new display.

Until now the N22 Chromebook used an Intel Celeron N3050 processor, which runs at 1.6 GHz and reaches 2.16 GHz in Turbo mode. Starting now the Chromebook will employ an Intel Celeron N3060 processor, which a bit faster and which runs at 1.6 GHz (2.48 GHz Turbo). In addition to this Lenovo’s notebook now boasts a sensor display but the resolution has stayed the same at 1366 x 768 pixels. A certain N22 Chromebook model – the 80VH0005US – has also gotten a RAM upgrade and now this notebook has 4 GB of RAM and 32 GB of internal memory. All remaining specs have remained the same as in the older N22 Chromebook.

The updates have not come for free, though – the new Lenovo N22 Chromebook is USD 49 more expensive than its predecessor.