The new product is a 23-inch 3D monitor LCD panel for use with shutter glasses that delivers full HD resolution. It offers picture quality that is almost twice as crisp as HD 3D displays currently available in the market.

The panel adopts the company’s proprietary technologies such as “high performance 3D exclusive controller” capable of processing more than twice as much image data as other HD 3D LCDs and “copper bus line” to improve on the resolution and picture quality. In addition, the panel is able to reproduce both 2D and 3D images, meaning that users can switch back and forth from 2D and 3D modes. 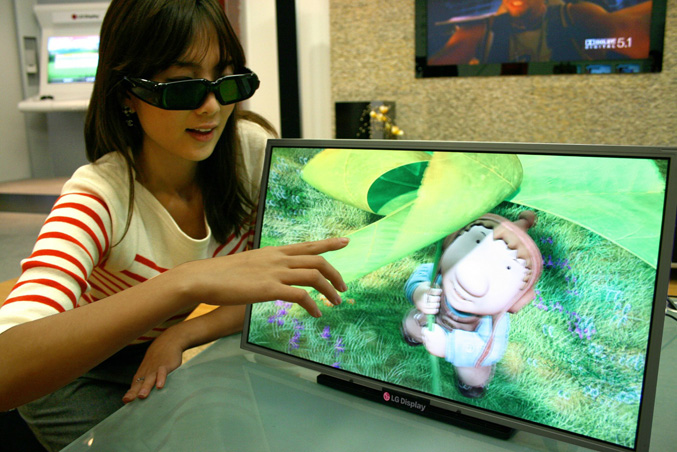 Although full HD 3D images have been developed for contents such as video games, movies and animations, 3D display products with full HD resolution were unavailable in the market. The commercial launch of LG Display’s full HD 3D LCD panel is expected to help to boost development of high resolution 3D contents while allowing users to view true-to-life 3D images.

Mr. Davis Lee, LG Display’s Vice President and head of IT marketing department, noted “LG Display has made a major breakthrough in the display industry race to deliver the depth and dynamic nature of 3D images. LG Display will continue with efforts to keep pace with the fast growing 3D market with leading 3D technology and products in order to create new value for customers.”

The 3D display market is expected to grow at rapid pace as the industry players are shifting their focus from two-dimensional to three-dimensional technologies. The Korea Communications Commission recently announced plans to start a trial service for the world’s first full HD 3D terrestrial broadcasting from the second half of 2010. A launch of trial services for 3D satellite broadcasts had been also announced earlier in Japan and the UK.

3D Displays: Based on binocular disparity, the left eye and right eye sees two slightly different views, allowing the viewer to feel the sense of depth of 3D images. Glasses used for 3D displays are largely classified into shutter glasses and polarized glasses. In the case of shutter glasses type 3D display, the signals sent by the display are synchronized with the glasses to realize 3D images. A shutter glasses typed 3D panel is generally known for a wider viewing angle and better picture quality.