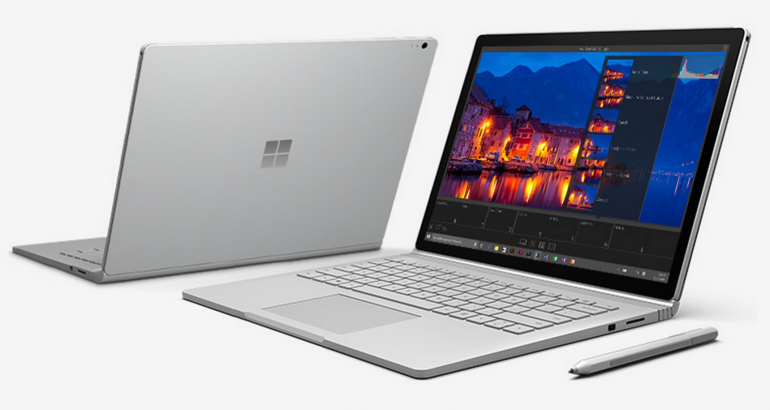 During a lavish event, held in the United States, software giant Microsoft has announced a new and rather curious new product. No, we are not talking about software this time. Instead the famous corporation has presented its first notebook ever – the Surface Book.

The new Microsoft notebook enters the market battle with a direct hit at Apple’s MacBook Air. Microsoft claims the Surface Book is both the most powerful and the thinnest 13-inch notebook currently in existence. In addition to this the software company claims the Surface Book offers twice the performance of the MacBook Air. The new Microsoft notebook comes with a mission into this world – to compete with Apple on the market of ultra light and thin notebooks.

The Surface Book comes with a convertible 13.5-inch sensor display that allows users to disconnect it from the main chassis and use it as a tablet. When docked, the display becomes a part of the Surface Book and then you can use the new notebook as any other laptop. You get a mechanical keyboard, a multi-touch trackpad, additional connections and an additional battery. Both halves are made of milled aluminum and are about 7.5 mm thick, each one of them. Most of the hardware is located in the display, which is an interesting idea, while the bottom half houses most of the battery capacity of the Surface Book (you get up to 12 hours of battery life). The hardware inside the display is impressive – the Surface Book offers a 6th generation Intel Core Skylake processor, discrete GeForce Maxwell graphics hardware with dedicated GDDR5 memory, 16 GB of DDR4 SDRAM and 1 TB of storage capacity. The notebook also offers support for 4G LTE, 802.11ac Wi-Fi, USB 3.0 Type-C ports, a card reader and more. In addition the Surface Book comes pre-loaded with Windows 10, Office 2016 and Windows Store.

The new Microsoft notebook starts at USD 1499 and up. The device will be on the market on October 26 but you can pre-order yours now.