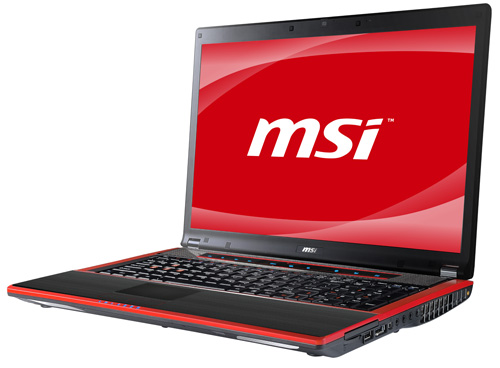 Through a complete hardware evolution, the GT740 offers Intel’s advanced Intel® Hyper-Threading technology, which gives its quad core processor the ultimate in processing power. When used in conjunction with Turbo Boost technology, flexible distribution of system resources in concert with the Windows 7 operating system deliver smooth execution and efficiency. With a simple user interface and the nVIDIA GeForce GTS 250M 3D discrete graphics card’s high performance video processing capabilities, this notebook is the ultimate representative of high-speed performance and a specialized, must-have weapon for gamers! 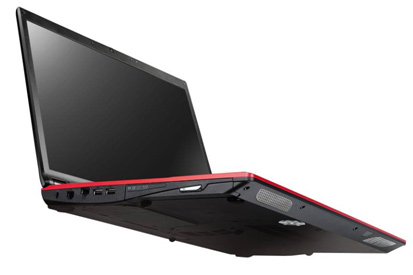 The GT740 features a 17″ cinema display along with a new generation of hardware and software. The keyboard area and frame each features 2 Hi-Fi 3D speakers and a lower-unit mounted bass speaker. All together, this total 5 speaker Hi-Fi set up is designed to provide ultimate performance in audio and video applications and allow gamers enjoy a ground shaking experience.

The ultra-thin aluminum alloy frame with brushed metal accents allows the 17″ GT740 to weigh in at a mere 3.2 kg including battery. Fiery red frame accents contrast the cold feeling of the notebook’s technological interface and give the MSI G Series notebooks the feeling of movement while standing still—an appearance that defines gaming aesthetics.

The GT740 keyboard area’s 2 Hi-Fi 3D speakers with polished metal detailing create a futuristic look and stand out from the understated functional keys below the touch pad. Additional speakers located on the right and left sides of the frame help make the GT740 a professional audio/video combat machine. With brilliant functionality and a formidable outward appearance, the GT740 simultaneously represents contemporary styling and the ultimate in professional, high-speed gaming capabilities. 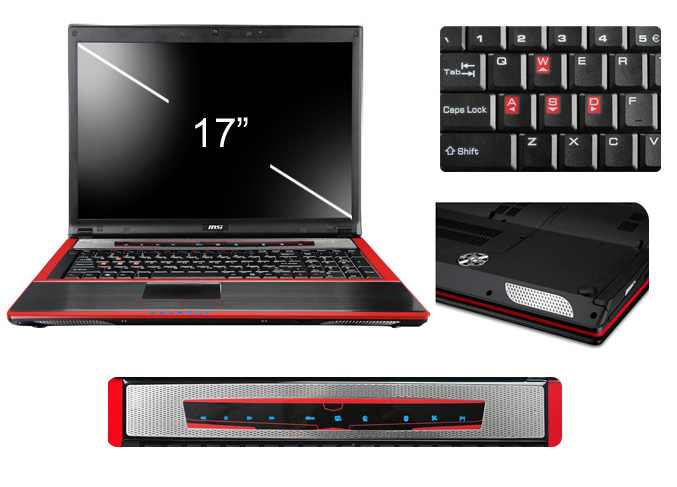 The GT740 possesses a comprehensive multimedia entertainment interface, including a built-in E-SATA port for connecting external devices capable of transfer speeds of up to 3GB/s. When reading or writing data from an external device, a 3 fold increase in read and write speeds allow for effortless backup of audio, video, and picture files and prevents you from losing any of your valuable memories. At the same time, the GT740’s 802.11 b/g/n wireless provides diverse, high-speed network functionality, freeing gamers from the tangled experiences of being tethered to wired networks and creating unlimited opportunities for the gaming world.

The GT740 continues to uphold the MSI G Series’ reputation for excellence. Gamers most often used keys, W, A, S, and D, all feature distinct red labels and independent numerical input keys to assist gamers to more efficiently engage their opponents and battle enemies. Multiple victories at competitions around the world prove that the GT740 is the ultimate secret weapon of the international gaming team Fnatic.MSI!