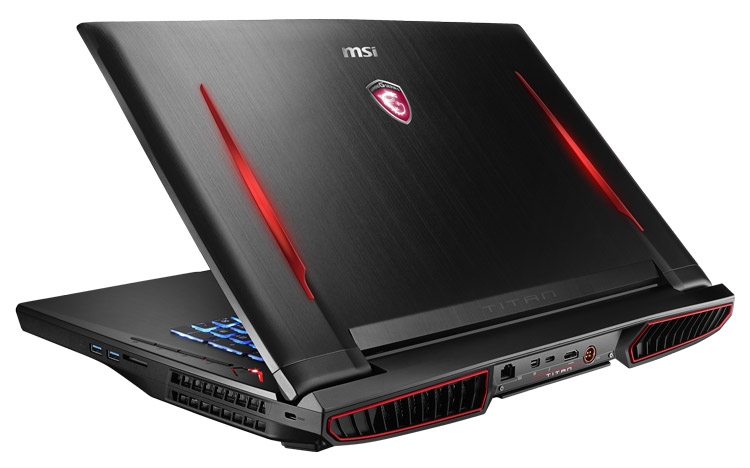 MSI has launched a new line of gaming notebooks. While this will hardly surprise mobile gamers around the world who have gotten used to seeing new MSI notebooks almost every month, the new GT73VR Titan line comes with one really nice feature – the notebooks in this series feature 120 Hz displays with 5 ms of response time – a first for MSI and the industry.

The new GT73VR Titan gaming notebooks can be had in two configurations but they all feature a new cooling system and the latest NVIDIA GeForce GTX 10 Series video cards on the newest Pascal architecture. The top model, called GT73VR Titan SLI, impresses even more – apart from having a 17.3-inch display this notebook features two GeForce GTX 1070 video cards in SLI mode. MSI says that this combination delivers up to 64 per cent more performance than a single desktop GeForce GTX Titan X video card. This notebook also comes with the so-called Cooler Boost Titan cooling solution. It boasts two powerful whirlwind fans with 29 ultra slim blades and up to 12 heatpipes. The GT73VR Titan notebooks can also be had with a single GeForce GTX 1080 video card – in this case the Cooler Boost Titan cooler is there but it comes with “just” 10 heat pipes.

Some of the other key features of the GT73VR Titan series include the latest PCI-E Gen 3 x4 with Super RAID 4, Dynaudio speakers with over 106 dVB volume, Nahimic 2 audio technology with a SABRE audio DAC supporting 24bit/192KHz sampling rate, and MSI Dragon Center with 1 Click VR Ready.