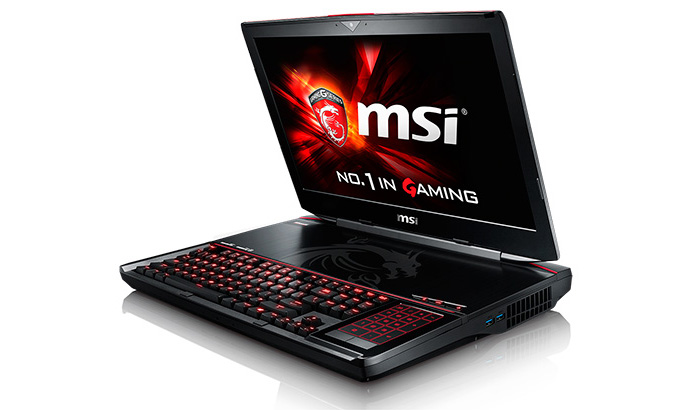 MSI has released another new gaming notebook that carries the GT80 Titan SLI brand name. The notebook is a really powerful machine that will capture gamers’ hearts with ease.

The rest of the specs include a 18.4-inch PLS display that runs at 1920 x 1080 pixels, support for up to 32 GB RAM, support for up to M.2 SSDs with MSI Super RAID technology and two GeForce GTX 980M graphics cards in SLI mode with each one of them having 8 GB of VRAM. The notebook has a Cherry MX Brown-based LED-backlit keyboard, a 2.1 Dynaudio Tech stereo system, a HD web camera, four USB 3.0 ports, three 3.5 mm audio jacks, two MiniDisplay ports, one HDMI port, an Ethernet port and a 9-cell battery.

The specs are more than nice, aren’t they? Unfortunately the GT80 Titan SLI is expensive – the notebook starts at USD 6005.