MSI has announced that at the 2011 Consumer Electronics Show (CES) from 6-9 January in Las Vegas, Nevada will presents as they claim the “fastest notebook computer on the planet.”

The new gaming laptop is powered by Intel’s latest four core CPU, nVidia GeForce’s newest high end discrete graphics card, up to 16GB DDR3 memory, a dual hard disk architecture and will be accompanied by MSI’s own TDE+ (Turbo Drive Engine+ technology) which allows both the CPU and GPU to turbo simultaneously. The laptop achieved 18,162 points, when it was tested with PC MARK Vantage tools. 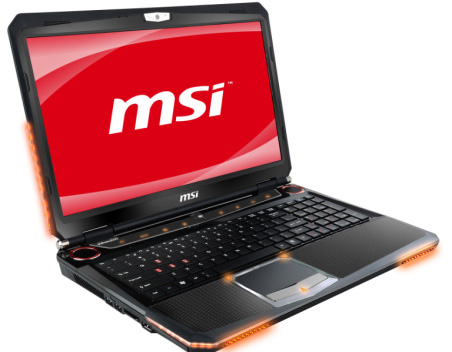 MSI also announced that will reveal and other laptops from its Gaming Series, performance notebooks with THX TruStudio Pro smart wrap around sound from its F lineup and  multimedia notebooks form Classic Series. In addition MSI will be unveiling the U270 and U160DX(Atom N550) from the U Series and the X370(AMD’s new generation processing platform) from the X-Slim Series, as well WindPad tablets with Win-Tel and Android platforms.