Network traffic keeps on growing along with demand for faster speeds and this has been the norm in the past decades. Despite all efforts, however, a large number of users still experience network pains when it comes to exchanging data.

Broadcom and Qualcomm Atheros are here to help – the two companies are now busy defining a new wireless standard – known as 802.11ac – that will take network speeds to new heights.

Expected at the end of 2012 or in early 2013 the new 802.11ac standard will operate strictly on the 5 GHz band, unlike the current 802.11n standard that works on both 2.4 GHz and 5 GHz bands. The 2.4 GHz band offers better range but the problem with it is that a significant number of other devices, including microwaves and Bluetooth headsets also work at 2.4 GHz band. 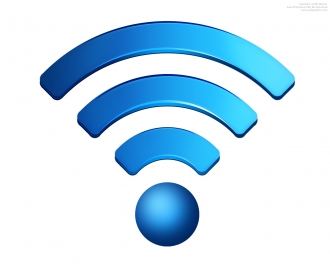 To contend with the shorter range of the 5GHz band, developers are making beam-forming technology mandatory in the new standard. This technology allows transmitters and receivers to develop awareness of each other so beams can be focused directly toward each device.

In addition the 5 GHz band has more available channels to work with while each channel is 80 MHz wide instead of the 40 MHz channels on 802.11n. The included modulation scheme will also multiply the amount of data per carrier signal by amount of four which means that the future 802.11ac standard will be able to carry up to 433 Mbps per spatial stream versus only 150 Mbps on the 802.11n standard. The number of possible simultaneous spatial streams is also being increased from three to eight.

In reality, however, things will be a little different – and slower. Early 802.11ac devices will be limited to only two or three send and receive antennas, which will provide bandwidth of 866 Mbps or 1.3 Gbps in theory. Real-world performance will likely be a third to a half as fast, which will still be much faster than today’s standard.

Network devices using the new technology will be available for purchase around the holiday season at the end of this year with the 802.11ac certification program starting in early 2013.