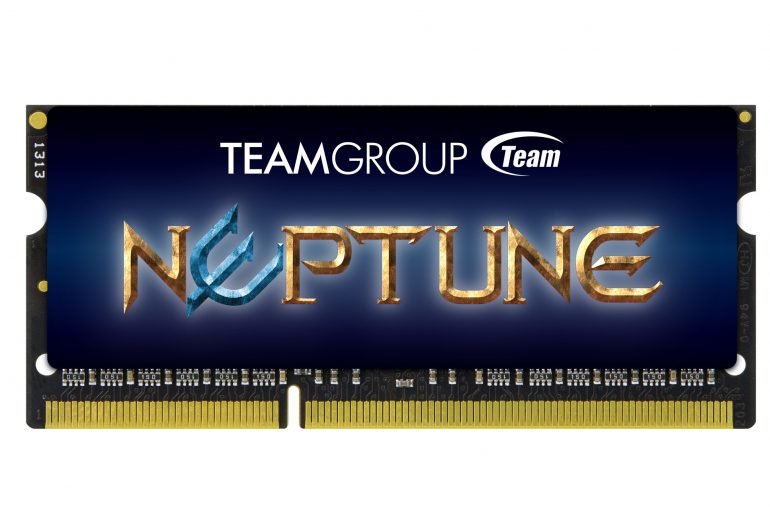 The maker of computer memory Team Group has announced the new Neptune gaming memory. The memory is designed to meet gamers’ ever increasing needs and conforms to the popular DDR3 memory standard. The only thing here is that we are talking about SO-DIMM memory.

Thus the new Neptune memory is designed for use in notebooks and small-form factor PCs that use the smaller SO-DIMM memory modules. The memory is available in two packages – with 4 GB or 8 GB of capacity but you can also get kits of 8 GB (2 x 4 GB) and 16 GB (2 x 8 GB). In all cases, however, the memory requires 1.35V, which makes it low-voltage DDR3L memory and features aluminum heat-sinks. In addition to this there are two frequencies to choose from – 1600 MHz and 2133 MHz. The 1600 MHz memory modules run with 9-9-9-24 latencies, while the faster 2133 MHz memory requires latencies of 11-11-11-28.

No word on pricing as of now but the new Team Group Neptune memory comes with lifetime warranty.