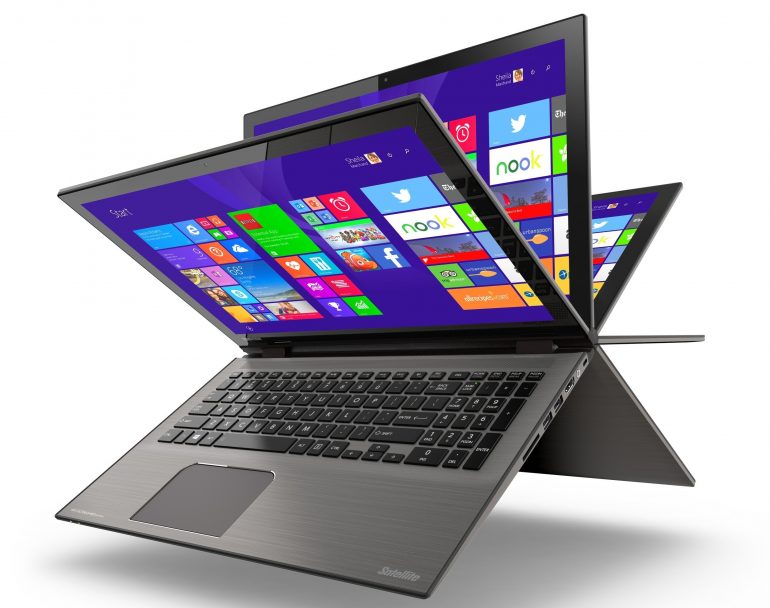 “A tremendous amount of R&D has gone into convertible PC design over Toshiba’s 30-year history as a laptop leader,” said Philip Osako, senior director of product marketing, Toshiba America Information Systems, Inc., Digital Products Division. “Today, convertibility is all about convenience – consumers can ditch multiple devices and get it all done with one. We believe that by offering new thin and light designs, screen options in resolutions from HD to 4K and a range of new, affordable price points, we’re playing our part in further fueling the growth potential of this category.”

The new Toshiba Satellite Radius convertible PCs will be on the market on June 21, 2015 at various retailers in the USA. The 14-inch model starts at USD 584.99, while the 15.6-inch models start at USD 842.99. All new Satellite Radius PCs come with Windows 8.1 pre-installed but are eligible for a free Windows 10 upgrade when the new Windows version becomes available.