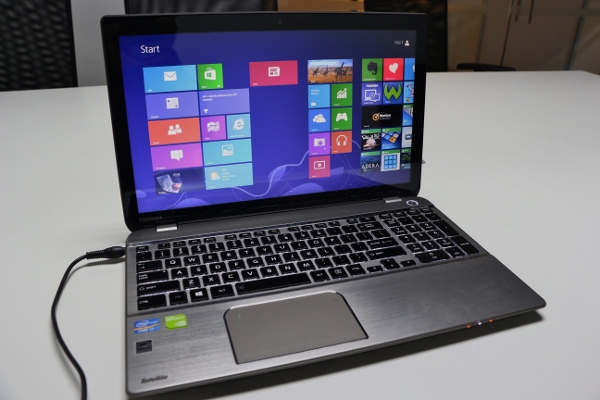 Toshiba has had a big day on the notebook front – the famous Japanese tech company has exhibited a large number of new notebooks that can be categorized in no less than four lines.

The first one to be mentioned is the Satellite P50t – this one comes with a 15.6-inch Ultra HD display (3840x 2160 pixels) although an optional Full HD version will be available too. The machine also has a powerful Intel Haswell processor with four processing cores, AMD Radeon R9 M265X graphics with 2 GB of GDDR5 memory, up to 1 TB hard drive, and a Blu-ray BD-RE (XL) optical drive. The notebook will be available in Q2 2014.

The business-oriented C Series has also been updated with new notebooks that include Intel Core i5 Haswell processors, 15.6-inch or 17.3-inch displays, AMD Radeon R7 M260 graphics, up to 1 TB of hard drive storage, DTS Sound and Windows 8.1. The new notebooks can sport an AMD APU too, if the customer requests this option. Just like the Satellite P50i, the updated C Series will be on the market in Q2 2014.

The multimedia Satellite L Series has been updated too. The new notebooks that will join this line have been designed and created with better multimedia capabilities and lighter chassis that can be taken anywhere. They come with 15.6-inch or 17.3-inch displays, up to Intel Core i7 processors or AMD APUs, AMD Radeon R9 M265X graphics, and up to 1 TB of hard drive storage. It will be available in Q2 2014 too.

Finally we get the updated Satellite S Series that brings ergonomic features, premium designs and outstanding performance. The notebooks that join this line include 15.6-inch and 17.3-displays, up to Intel Core i7 chips, AMD Radeon R9 M265X graphics, BD-RE storage, up to 1 TB hard drives and Windows 8.1. The new S Series laptops will be yours in Q2 2014.

The pricing on all models is not known but will depend on the options chosen.