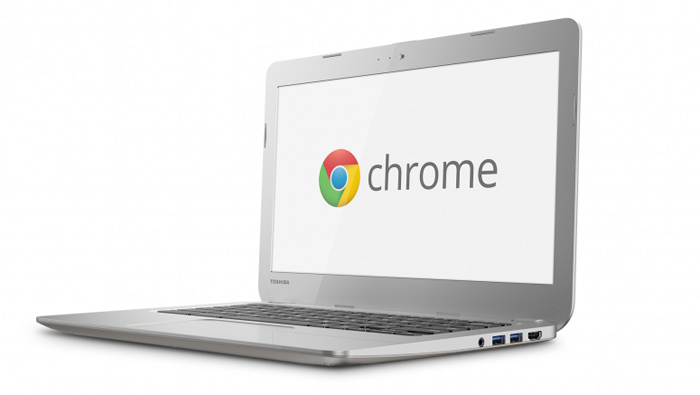 One more computer maker has joined the list of manufacturers making computers with Google’s Chrome OS installed on them. This time it is Toshiba and the notebook looks more than well both on the outside and on the inside.

The Toshiba Chromebook comes with a 13.3-inch display at 1366 x 768 pixels and offers an Intel Celeron 2955U processor on the Haswell architecture, running at 1.4 GHz. The Intel HD graphics chip is responsible for drawing images and there’s no external video card, as expected. The rest of the specs include 2 GB of RAM, 16 GB of internal flash memory, a microSD card slot, 802.11n Wi-Fi, two USB 3.0 ports, HDMI and a battery that can power the device for up to 9 hours.

The device costs USD 279 in the United States. The price in the rest of the world is not clear right now.