2010 is poised to be the year where consumers can enjoy stunning 3D experiences across all entertainment mediums, including gaming, photographs, Web browsing, and of course, movies. And, with the forthcoming 3D Blu-ray specification expected to be formally announced later this year, NVIDIA and its partners are pleased to announce that the amazing 3D experience that has proven so popular in movie theaters is about to come home.

“2010 is poised to be a pivotal year for 3D entertainment,” said Joe Roberts, Executive Vice President, Products for Corel. “Hollywood is ramping up production of 3D content, while hardware manufacturers are working to bring new 3D display technologies to market. Corel’s WinDVD brand is a recognized leader in video playback technology and we’re pleased to be working with NVIDIA to help drive this initiative. Our 3D Blu-ray playback prototype is a critical piece in offering a complete solution for 3D Blu-ray playback on the PC.” 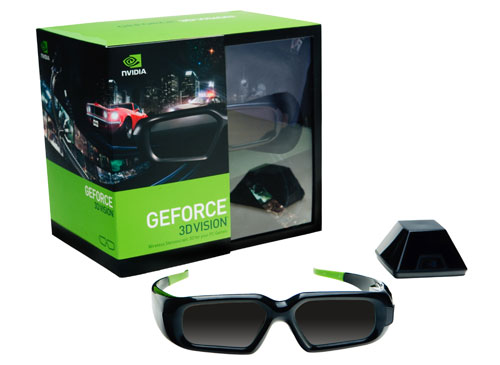 NVIDIA has been demonstrating a complete 3D movie solution to movie studios, press, and customers, consisting of a PC equipped with a GeForce® GPU and NVIDIA® 3D Vision™ active-shutter 3D glasses, as well as new 1080p, 3D LCD displays from Acer to showcase how consumers will experience this new 3D Blu-ray content once it is commercially available. In anticipation of an official announcement by the Blu-ray Disc Association and expected product unveilings at the upcoming Consumer Electronics Show (CES) this January, NVIDIA has been working closely with the world’s leading movie playback software developers, including Arcsoft, Corel, Cyberlink, and Sonic, to ensure seamless support for 3D Blu-ray titles when they are ready to ship in 2010. 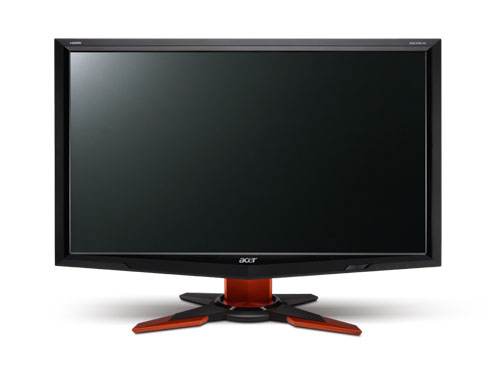 Over the last few weeks, NVIDIA has successfully demonstrated playback of 3D content encoded with the AVC Multi-View Codec (or AVC-MVC), the codec that is expected to become the foundation for how 3D content is encoded onto Blu-ray discs. 3D Blu-ray content encoded in AVC –MVC can be decoded in real time on select NVIDIA GPUs— resulting in a home 3D experience that is equal to or better to what is offered in movie theaters today. NVIDIA GPUs that can decode 3D Blu-ray content include the GeForce GT 240 ($99 U.S. MSRP), as well as upcoming next-generation GF100 GPUs based on the NVIDIA “Fermi” architecture. This will allow consumers to build desktop PCs powered by GeForce GPUs and NVIDIA 3D Vision active shutter glasses for under $1000 in total, making them the ideal platform for watching 3D Blu-ray movies, viewing 3D photographs, browsing 3D Web sites, or playing more than 400 PC game titles in 3D. 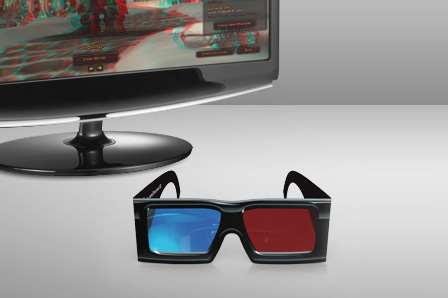 “We are excited to be working with NVIDIA to offer support for 3D Blu-ray titles which can be viewed with NVIDIA 3D Vision glasses,” said George Tang, ArcSoft Vice President and General Manager of Video and Home Entertainment Group. “This special version of TotalMedia Theatre will offer consumers a compelling software solution for viewing 3D Blu-ray titles, with an experience that is comparable or better than what you can get in a theater today.”

“The performance of the GeForce GPUs is great for decoding the Multi-View Codec (MVC) used in 3D Blu-ray,” said Michael Demeyer, VP of Corporate Products at Roxio. “We are now demonstrating 3D Blu-ray playback with GPU decoding in Roxio CinePlayer BD. The experience with NVIDIA’s 3D Vision glasses is out of this world.”

Of course, consumers will need a compatible 3D Vision display to watch upcoming 3D Hollywood blockbusters in the home. As a result, the world’s leading display manufacturers are readying new 3D-Vision-ready, 1920×1080, 120Hz 1080p LCDs for introduction in 2010, and Acer will be first to market with its new GD245HQ and GD235HZ models that are perfect for gaming, videos and other home entertainment uses, including 3D Blu-ray content.

“3D Blu-ray will be the leading format for watching 3D movies in the home,” said Alice H. Chang, CEO of CyberLink. “PCs with Cyberlink PowerDVD Ultra and NVIDIA 3D Vision will provide movie lovers the perfect platform for experiencing 3D the way it was meant to be seen.”

Already shown to more than 300 editors worldwide, NVIDIA will be demonstrating 3D Blu-ray playback running on NVIDIA GPUs and NVIDIA 3D Vision technology at the CES tradeshow in Las Vegas from January 7 to 11, 2010. For those attending CES, please visit us in booth # 35912 in the South Hall 4.