The CUDA architecture continues to blaze a trail as the leading platform for developing and running GPU Computing applications, with support for C, OpenCL, DirectX Compute, Fortran and other languages and APIs. The latest CUDA 2.2 Beta contains a host of significant new features, including:

Hardware debugger for the GPU
Linux developers can now use a debugger on CUDA-enabled GPUs that offers both the familiar interface of the popular open-source GDB debugger and the ability to debug kernels as they execute on the GPU. The GPU-side debugger has all the features that developers expect from GDB, including the ability to have breakpoints, watch variables, inspect state, etc., as well as additional functions for CUDA-specific features.

For a full list of new features in CUDA 2.2 and to get early access, see discussion on the CUDA forums: http://forums.nvidia.com/index.php?showtopic=92580

In a message posted on its own web site US hard drive maker Western Digital has announced the availability of the company’s first 4 TB Caviar Black hard drives. The new 4 TB Black drives arrive in the usual 3.5-inch form factor and as before are best suited for... 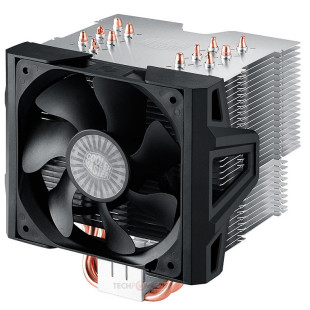 The acclaimed designer and manufacturer of CPU cooling solutions, PC chassis, power supply units and gaming peripherals Cooler Master has announced the arrival of the Hyper 612 v2.0 CPU cooler. The new cooling solution offers a number of interesting tech features but unfortunately for some...

Shuttle announced that will be unveiling at CeBIT in Hanover next month a new, ultra-compact XS35 mini PC which is just 3.3 cm wide. Shuttle Barebone XS35 is in the 1-litre class, passively cooled and has a standard VESA mounting interface and can be easily fitted behind  LCD TV. The mini PC ...