NVIDIA today announced that it has worked closely with Google and the Open Handset Alliance to unleash Android, a complete, open mobile phone software stack, with the Tegra™ series of ‘computer-on-a-chip’ processors. By supporting Android, manufacturers and operators can now easily use a Tegra processor to build mobile phones with advanced user experiences that leverage web and Internet content and provide services such as mobile mash-ups and location-based applications.

“We welcome NVIDIA’s support of Android on Tegra and we look forward to many more Android-based devices that deliver an outstanding consumer experience,” said Andy Rubin, Google’s senior director of mobile platforms.

The new NVIDIA Tegra APX 2600 processor running Android will be on display in the NVIDIA booth at Mobile World Congress in Barcelona, in Hall 1, Stand IC34. NVIDIA will be enabling its OEM customers with a highly optimized and accelerated Android port starting in the second quarter of 2009. 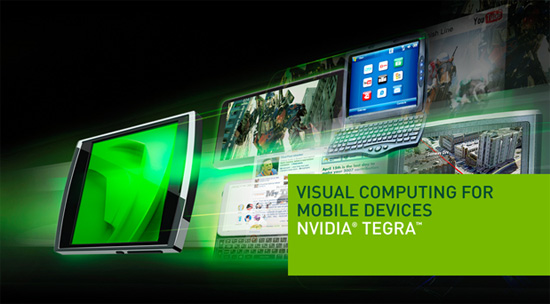 “NVIDIA and Google are both working to unlock the visual computing potential of mobile devices and this announcement matches the power of Tegra with the innovation of the Android platform,” stated Michael Rayfield, general manager, mobile business unit at NVIDIA. “NVIDIA will be working within the Open Handset Alliance to continually strengthen the ability of Android to tap into advanced mobile graphics and media acceleration to make interaction with handheld technology more intuitive and instinctive.”

About Android
Android is a complete, open mobile phone software stack. It includes everything a manufacturer or operator needs to build a mobile phone. Android will be made available as open source via the Apache v2 license, and it was designed from the ground up to enable the best user experience possible on a mobile phone. It leverages web and Internet content to provide advanced services such as mobile mash-ups and location-based applications.