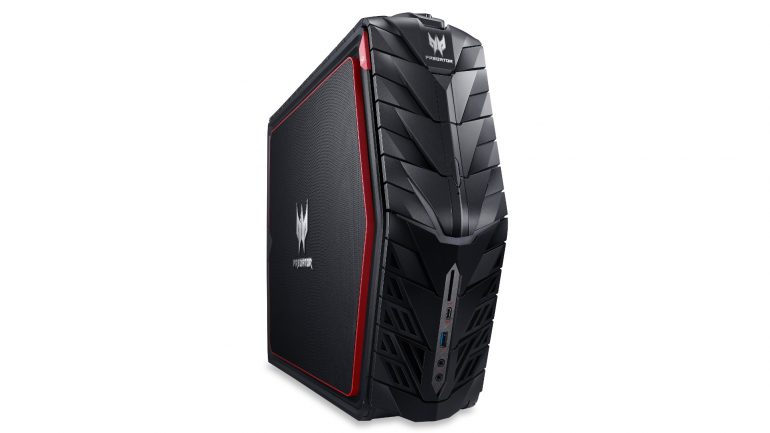 Acer talked about its Predator G1 gaming computer back in April but few details were available at that time. It is now July and the Predator G1 is nowhere to be seen so maybe in an attempt to keep the attention Acer has shared some more details on this upcoming gaming PC.

Maybe the delay is worth it – according to Acer the Predator G1 will feature an Intel Core i7-6700 processor and the video card will be the famous GeForce GTX 1080. In addition to this the computer will be equipped with 32 GB of DDR4 memory, a 512 GB SSD, a 2 TB hard drive, a number of wireless connectivity technologies, an optical disk burner and Creative Sound Blaster X-Fi MB5 sound. The front panel of the Predator G1 case will also be equipped with a card reader, a USB 3.0 port, a USB Type-C connector and audio jacks. At the back the computer will have four USB 3.0 ports and a Gigabit Ethernet port. An interesting fact is that the Predator G1 will support up to two power supply units, connected together, but it is unclear how this has been made.

No word in pricing but the Predator G1 package will include a Predator Flare mechanical keyboard and an unknown gaming mouse.

ASRock uBOX is a mini PC with Bay Trail chip