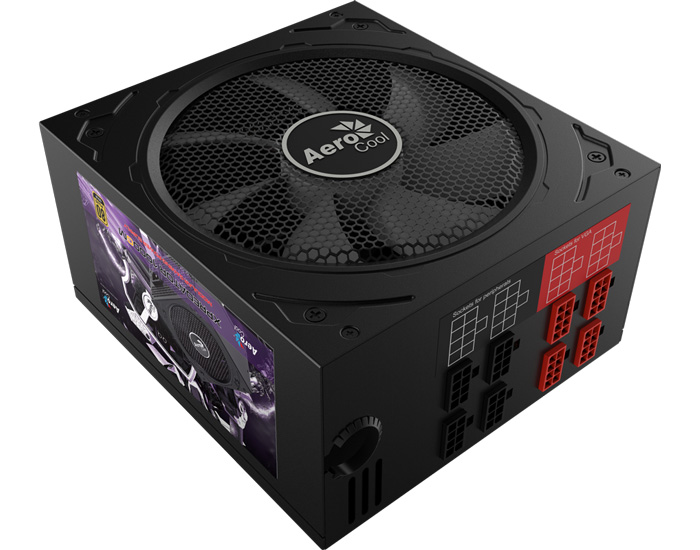 Aerocool has announced a new power supply unit (PSU) line called XPredator GM. The new line builds upon the already launched XPredator PSU line by offering a semi-modular design, unlike the XPredator line, and better efficiency that meets the 80 Plus Gold standard. Previously the XPredator PSUs were only rated at Bronze efficiency.

The new line includes four models with 550 W, 650W, 750W and 1000W of power output. All of them feature a single 12V rail that can take nearly all the load a PC puts on the PSU. The new XPredator GM line also uses advanced, high-quality components inside, a DC/DC converter and stable voltages that are within 3 per cent of the required values. The PSUs get cooled by 120/140 mm cooling fans that spin at 800-1000 rpm at 60-75 per cent load. The PSUs have all kinds of protections and offer up to 10 SATA connectors and up to eight 8-pin connectors for video cards.