Advanced Micro Devices has officially confirmed the rumors that the company will release a chip operating at full 5 GHz of clock frequency. According to the latest news surrounding the US chipmaker AMD will soon release two new FX chips that will belong to an entirely new CPU line and will operate at extremely high clock speed.

The new AMD FX-9000 series will offer two chips – the FX-9370 will run at 4.4 GHz stock speed that goes up to 4.7 GHz in Turbo Mode and the FX-9590, which steals the show – this one will run at 4.7 GHz clock speed that will go up to 5 GHz in Turbo mode. Both chips will be based on eight Piledriver cores and will be built on AMD’s 32 nm technology supporting the existing AM3+ form factor.

“At E3 this week, AMD demonstrated why it is at the core of gaming. The new FX 5GHz processor is an emphatic performance statement to the most demanding gamers seeking ultra-high resolution experiences including AMD Eyefinity technology. This is another proud innovation for AMD in delivering the world’s first commercially available 5GHz processor,” said Bernd Lienhard, corporate vice president and general manager of client products division at AMD.

The problem with the new AMD FX-9000 series will be power consumption – the chips are expected to consume much more power than existing FX chips, which will almost surely make them incompatible with most AM3+ motherboards. This is the reason the FX-9000 series will appear in PCs built by system integrators only and will not be available to end users. Furthermore given the expected high power consumption and heat dissipation the FX-9000 line will require more advanced cooling than currently available. Even then despite the 5 GHz clock speed the FX-9000 line is expected to remain behind Intel’s Haswell processors in terms of pure performance.

The pricing and the release date of the FX-9000 line are still unknown. 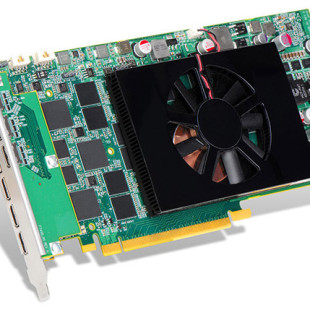 The once famous video card maker Matrox, which is now specialized in professional 3D video solutions, has presented the C900 video card. The main feature of the new Matrox product is that it comes with nine mini-HDMI ports that can support up to nine displays. The card is 23 cm long and takes a...

Acer America today announced the launch of its high-end multimedia notebook , the 18.4-inch Acer Aspire AS8943G. The laptop has a completely new modern and bold industrial design and packed with latest Intel's platform The new Aspire notebook sports an aluminium cover with glossy and... 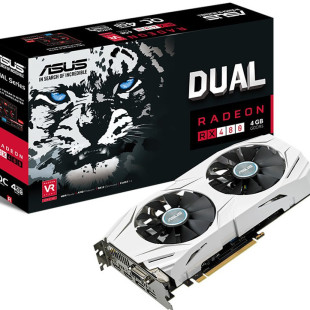 ASUS has unveiled one more Radeon RX 480 video card. The new model is called Radeon RX 480 Dual OC and comes factory-overclocked. The card carries the DUAL-RX480-O4G model number and features 4 GB of GDDR5 memory, a custom-designed PCB (which happens to be shorter than the one found in the...