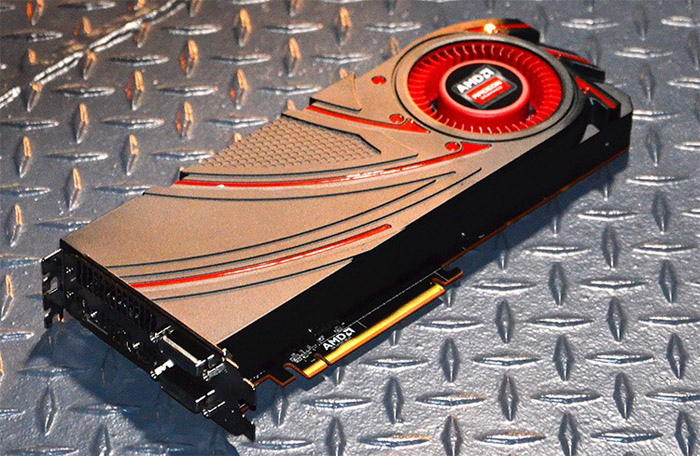 AMD’s GPU14 Tech Day convention in Hawaii has finally produced the main event of the entire undertaking – the US chip company has finally introduced its next generation GPU family.

This is AMD’s first GPU family that deviates from the rather popular “Radeon HD XXXX” naming scheme. From now on AMD will use a new naming scheme in which the company’s flagship is called R9 290X. The first two letters identify the GPU family, which in this case is “Radeon”, and the generation (9th), while the last three letters identify the position of the product within the GPU family. As usual a lower number means lower performance.

The new GPU family improves performance and adds a number of new features including a set of optimizations for 4K resolution, a fully programmable audio engine that will provide cinema-like positional audio in video games and support for DirectX 11.2. The R9 290X flagship is truly a masterpiece – the GPU is built on 28 nm technology, has 6 billion transistors, reaches 5 TFLOPS of single-precision performance, which makes it the fastest single GPU in the industry and sports 300 GB/sec of memory bandwidth.

The GPU family is now joined by Mantle, a cross-platform application programming interface that supports Windows only and presents a deeper level of hardware optimization. Mantle is capable of bypassing all bottlenecks of modern PC/API architectures and offers impressive performance; the first game to see this new API is Battlefield 4.