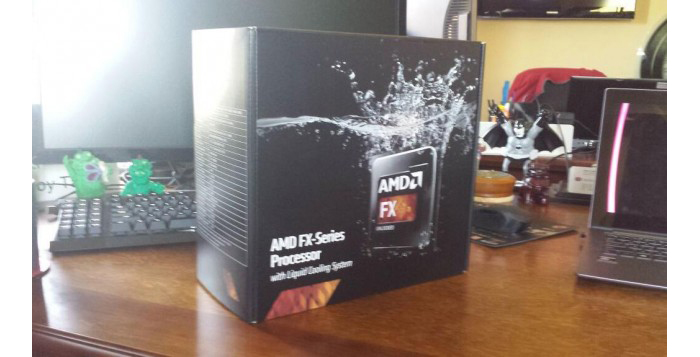 The AMD FX architecture was far from successful from day one competing almost on equal terms with older AMD architectures and losing badly to more advanced chips from Intel. This of course did not stop AMD from presenting faster and faster FX models until the company launched the FX-9370 and FX-9590 chips that run at default clock speeds reaching 5 GHz. Even though AMD did not achieve performance dominance with these ones the company now plans a new FX processor that seems to come with liquid cooling too.

There is very little information on the upcoming AMD product but we can consider the product to have been officially confirmed as the information for it came out of Roy Taylor who was a vice-president of AMD a year ago. There is no tech specs information but judging from the upcoming box for this CPU in particular it will need liquid cooling. It is easy to guess then that it will also sport extreme frequencies but it is not clear how high they will go.

The new chip will likely reach the market at the same time when the new Intel Devil’s Canyon processors do the same thing – on June 25, 2014.