Summer 2016 will be extremely hot for both AMD and NVIDIA as well as for gamers around the globe. The reason is simple – NVIDIA will release its highly-anticipated Pascal GPU generation, while AMD will strike back with its Polaris chips. As with NVIDIA, AMD’s plans become known little by little and today we will talk some more about the upcoming Polaris chips.

Energy efficiency will be one of the best sides of the upcoming Polaris 10 and Polaris 11 GPUs. The first chip will carry the Ellesmere codename, while Polaris 11 will be known as Baffin. Polaris 10 will power the upcoming Radeon R9 480/480X video cards, which will be AMD’s flagship offers for this summer (apart from the ultra high-end Radeon Fury, Fury X and Radeon Pro Duo video cards). Thanks to the energy efficiency of the chips, AMD’s R9 480/R9 480X video cards will come with TDP levels of just 110-135W, which is an excellent achievement for a high-end video card. These two cards are also expected to come with 8 GB of GDDR5/GDDR5X memory, a 256-bit memory bus as well as 2304 stream processors.

The Polaris 11 chip will be the heart of the Radeon R9 470/470X graphics cards. They will replace the R7 370 model and they will come with a phenomenally low TDP level of just 50 watts. As a comparison NVIDIA’s energy efficient Maxwell-based GeForce GTX 750 Ti video card comes with TDP of 60 watts. So as a result Radeon R9 470/470X will not require an external power source since they will be just fine by using the electricity that comes out of the PCI-E slot. These video cards will use the Polaris 11 GPU and will have 1024 stream processors, 4 GB of GDDR5 memory and a 128-bit memory bus.

There’s no information whatsoever on mobile Polaris GPUs but they will come our way for sure. AMD’s Polaris chips are expected this summer. 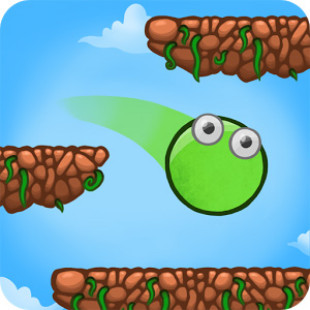 Most games on Google Play resemble each other – they either make you run, kill bad guys, score goals or do something else but in the end you can’t really tell the difference. Well, Bubble Blast Falldown is not one such game – in fact it offers different gameplay that may get you addicted. The...

Finnish mobile phone maker Nokia will soon release a new flagship smartphone that may turn the fortunes of the company. Scheduled for May 15, the new Nokia smartphone, codenamed Catwalk, will pack powerful hardware yet it may not cost that much. According to the preliminary...