AMD has been working on a new eight-core FX processor that will see the light of day later this year. Coming with the so-called Vishera core, the new AMD FX CPU promises to significantly boost performance across the board.

The new FX-8350 CPU will replace the FX-8150 as the AMD flagship processor and will be available as an engineering sample only in Q2 2012. The plan, if you ask AMD, is to release the CPU in Q3 2012 with production starting sometime in late summer.

But why having a new core? According to AMD the new 32 nm Vishera core will bring a number of enhancements such as a higher clock speed, an improved architecture, enhanced AMD Turbo core technology, support for DDR3-1866 memory, while at the same time being fully compatible with the existing socket AM3+ platform. Right now, however, possible operating clock speed is still a mystery.

NVIDIA Corporation today announced that it has been approved as a third party tools solution provider for the Wii™ console. As a result, the NVIDIA® PhysX™ technology SDK is now available to registered Wii developers. “Nintendo has reshaped the home entertainment and video game market with...

Xbox announced a new retail offer for Europe only that brings the best of Halo together in one great-value package.  Available from 27 February, the “Best of Halo” bundle contains “Halo Wars”, the latest in the Halo franchise which redefines the real-time strategy (RTS) genre within the Halo... 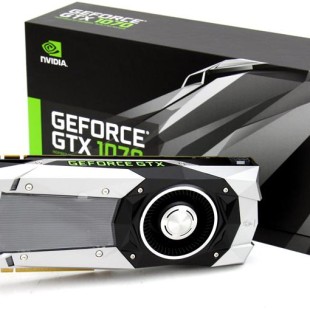 The GeForce GTX 1070 gets benchmarked

The first benchmarks of the upcoming GeForce GTX 1070 graphics card have been unleashed onto this world and they describe a really interesting graphics card that has every chance to become a new bestseller on the market. The GTX 1070 will arrive on June 10 as previously announced. The card...