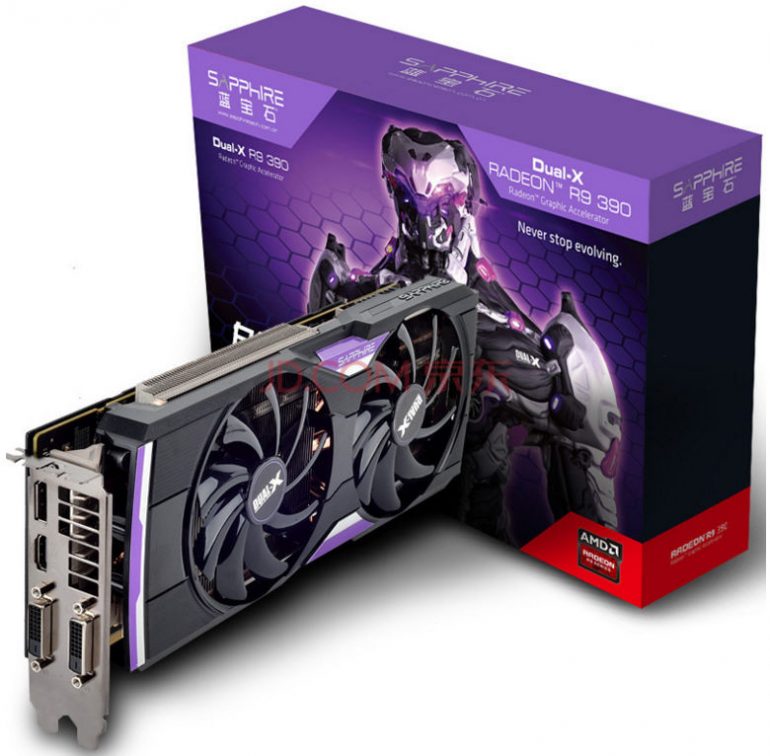 AMD is getting ready to launch a cut-down version of its high-end Radeon R9 390 video card that will feature “just” 4 GB of GDDR5 memory, instead of the 8 GB found in the current crop of R9 390 cards. By doing this AMD will try to be more competitive in the market segment below the GeForce GTX 970 and, of course, try to sell more video cards by making the R9 390 more affordable.

The rest of the specs of the upcoming Radeon R9 390 4 GB will likely stay the same so the only change is the reduction in the amount of installed GDDR5 memory. The new card is expected to be somewhat cheaper than the R9 390 8 GB, which currently sells for as low as USD 309 so we expect the 4 GB version to be around USD 270-280. By the way the new Radeon video card is in production now with Sapphire, PowerColor and XFX being ready to launch their versions.

There’s no word on how much the new card costs but like we said it should be cheaper than the 8 GB version. The Radeon R9 390 4 GB should be on the market any time soon.