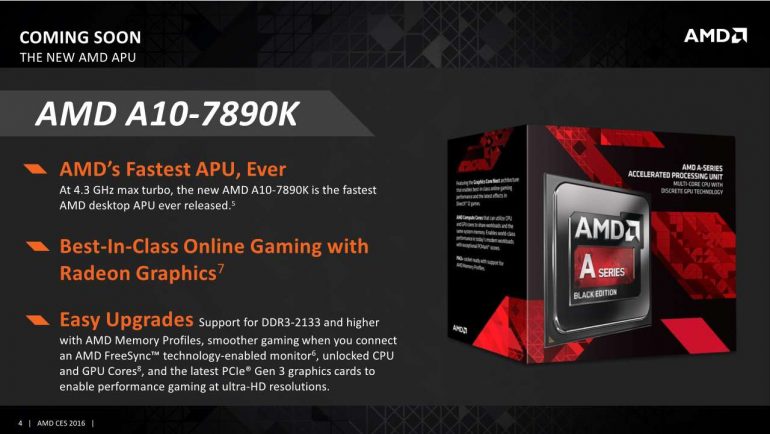 AMD has strengthened up its line of APU chips with the addition of a new Godavari-based accelerated processing unit, presented during CES 2016. The new chip is called A10-7890K and takes the title of being AMD’s fastest APU from its predecessor – the AMD A10-7870K.