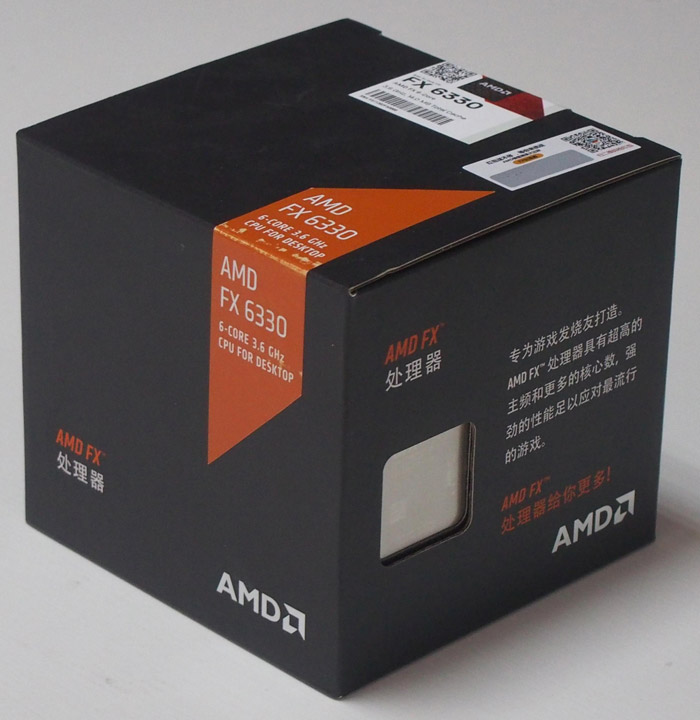 AMD’s FX processors have been on the market for years with the latest models coming out more than a year ago so when everyone thought we would not see a new FX processor ever, we got one – AMD has quietly launched a new FX chip, which is known as FX-6330.

The new processor is based on the Vishera architecture and carries six integer cores with it, grouped in three modules, and three FPU blocks. The chip carries the FD6330WMW6KHK code name and is marginally faster than the popular FX-6300 processor. The newcomer runs at 3.6 GHz base clock speed (up from 3.5 GHz in the FX-6300) and goes up to 4.2 GHz in Turbo mode (4.1 GHz in the case of FX-6300) but despite the clock frequency increase the TDP level stays at 95 watts like in the case of the FX-6300. The processor has 6 MB of L2 cache (3 x 2 MB) and 8 MB of L3 cache as well as an integrated memory controller that supports up to DDR3-1866 memory.

The new AMD processor is available in China as of now as a box version and comes equipped with a copper-based heat sink and fan. The processor sells for around USD 110.