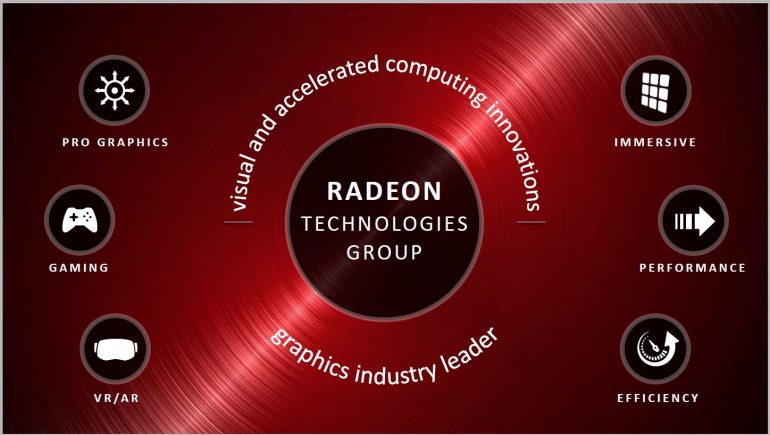 Users of various graphics cards know how important drivers can be – they power the graphics card hardware, bring new features and sometimes even increase performance. That’s why GPU makers must ensure they have drivers with names that are easy to remember and that are also easy to follow when it comes to versions. In the past the main work in this field was done by NVIDIA, which had its NVIDIA Detonator drivers, and AMD/ATI with its Catalyst software drivers.

Well, things change and now NVIDIA offers its GeForce Experience program that does have significant benefits for end users who can update their drivers with just a single mouse click. But what about AMD – after revealing that it won’t release new drivers on a monthly basis, the California-based CPU and GPU maker has announced a major rebranding of its graphics card drivers with one goal in mind – to ease life of users and make driver updating a pleasant task.

The new AMD video card drivers are now called Radeon Software Crimson Edition 15.11 and they come to replace the Catalyst product name by placing the Radeon brand name first and then “software” to indicate that this software is not just drivers but a suite of applications that have been designed to give users control over their computing experience. Crimson Edition will be the major version for the year 2015-2016 time period and 15.11 stays to indicate that this edition has come out in November 2015, so this is a naming practice that remains. In addition these drivers may come with extensions such as “WHQL” or “Beta” to indicate their development level. The first Crimson Edition drivers are WHQL-certified.

A major change inside the new drivers is that they no longer include the well-known Catalyst Control Center and that they no longer require Microsoft’s .NET technology to run. Instead users will now find a new application that is called Radeon Settings. It has a minimalist interface and keeps up with the Windows 10 theme but blends well with Mac OS X and Linux. The app features a ribbon-tab UI design with a top bar that selects the main settings pages and a bottom one that includes minor settings and social buttons. A video tab allows users to choose between eight presets specific for viewing situations and content. The “Display” tab gives users settings specific to a user’s display and finally the “Settings” tab gives information about the hardware the drivers are running on.

The AMD Radeon Crimson Edition drivers will be available later this month.