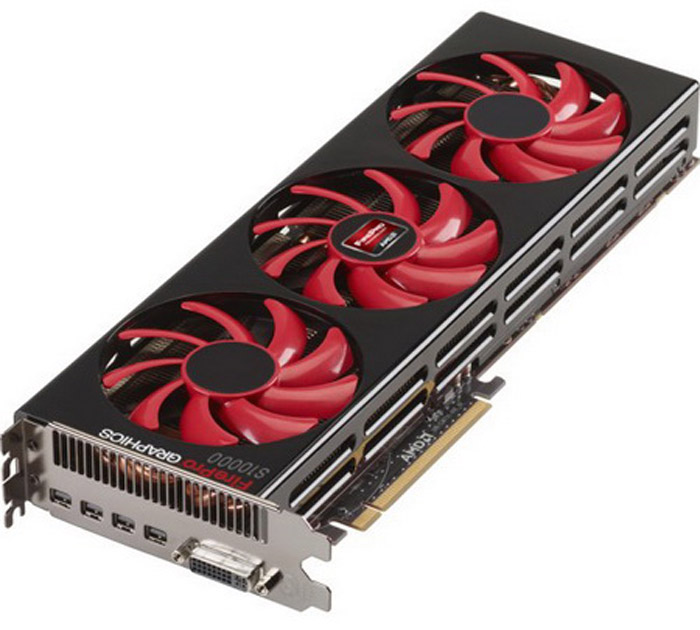 Just like the original version, released a year ago, the new company product comes with two Tahiti Pro GPUs with a total of 1792 stream processors. According to benchmarks the FirePro S10000 reaches 1.48 TFLOPS of double-precision power, while single-precision power is equal to 5.91 TFLOPS. The card also comes with a rather large cooling solution with three cooling fans.

The new version differs from the first one with the size of its frame buffer. While the S10000 released a year ago came with 6 GB of VRAM, the new modification comes with no less than 12 GB of VRAM. AMD says the S10000 is a response to requests by companies that need more video memory in order to successfully work on their projects. The rest of the specs include DirectGMA technology and a passive cooling system.

Mass market availability is expected in spring 2014. Pricing is unknown.