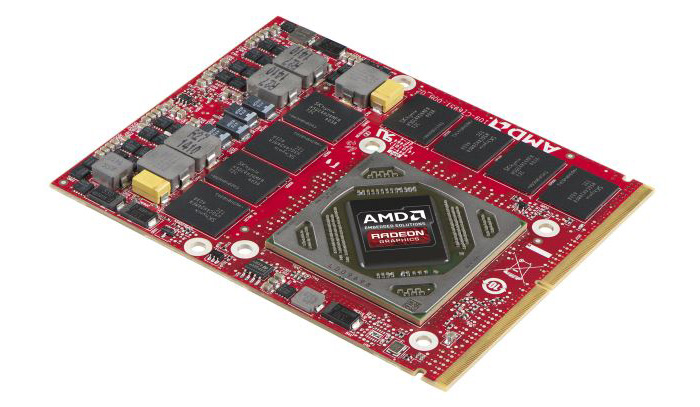 AMD recently launched several new FirePro video cards for high-end workstations but mobile users got nothing back then, which was definitely bad news. All is remedied now, however, with AMD launching no less than three new FirePro Mobile graphics adapters.

The new mobile workstation videocards are called FirePro Mobile W7170M, FirePro Mobile W5170M and FirePro W5130M with the first model being the most powerful. The AMD FirePro Mobile W7170M offers 2048 stream processors in a Tonga GPU that runs at 723 MHz. The card supports AMD’s GCN 1.2 architecture and offers 4 GB of GDDR5 memory at 5000 MHz, serviced by a 256-bit wide memory bus. Performance-wise the FirePro Mobile W7170M should deliver 2.96 TFLOPS of number-crunching power, which places the card just behind the mid-range desktop FirePro W7100 model. AMD has not disclosed the TDP of this card but it should be in the 100-125W range.

The last of the three new FirePro Mobile cards is the FirePro Mobile W5130, which happens to be a cut-down version of the W5170. The card comes with the same Cape Verde GPU but some of its stream processors have been cut down, bringing the total number to 512. The clock speeds remain at up to 925 MHz for the GPU and up to 4000 MHz for the memory. The card also comes with 2 GB of GDDR5 memory and a 128-bit memory bus.

Otherwise there’s no information whether you can purchase these video cards separately and how much they cost.