There’s some good news for gamers with deep pockets – the rumored dual-GPU graphics card by AMD is now said to come within two months.

This is by no means official news but several online sources report on the issue so there must be at least some truth in this news. The card, which is expected to be called Radeon R9 Fury X2 will replace the current dual-GPU champion by AMD – the Radeon R9 295 X2. The upcoming card will have two Fiji GPUs as well as 8 GB of HBM memory (4 GB per chip) with both GPUs running at 1000 MHz, while the HBM memory will keep its default clock speed of 500 MHz but thanks to the dual GPUs the overall memory bandwidth will be more than 1 TB/sec.

AMD believes that the R9 Fury X2 will offer 80 per cent more performance in 4K and WQHD resolutions when compared to a single Fiji-based video card at the same frequencies. An interesting feature of the new card is that it will not support 32-bit versions of Windows, which is not surprising given that we have had 64-bit Windows versions for a decade now.

Despite numerous new versions, updates and fixes Microsoft’s Internet Explorer web browser does not seem to be able to capture the hearts of tech savvy consumers out there thanks to a large number of bugs and problems that surface every once in a while - and today another one was...

The maker of the acclaimed Flip Video™ family of camcorders — recently acquired by Cisco® - today announced the second generation of its popular Flip MinoHD™ line. The premium Flip MinoHD offers consumers an easy and stylish way to capture and share high-definition (HD) video with a sleek new... 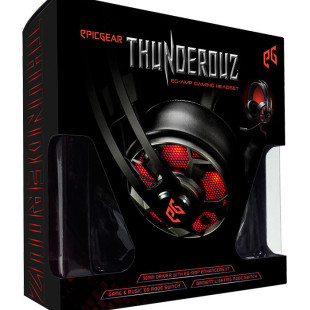 The maker of various gaming peripherals EpicGear has announced the new THUNDEROUZ gaming headset. It comes with powerful 50 mm drivers and is designed for gamers who want to experience powerful and crystal clear sound while helping them find their enemies with ease on the virtual...