AMD to launch the Radeon R9 Nano next week 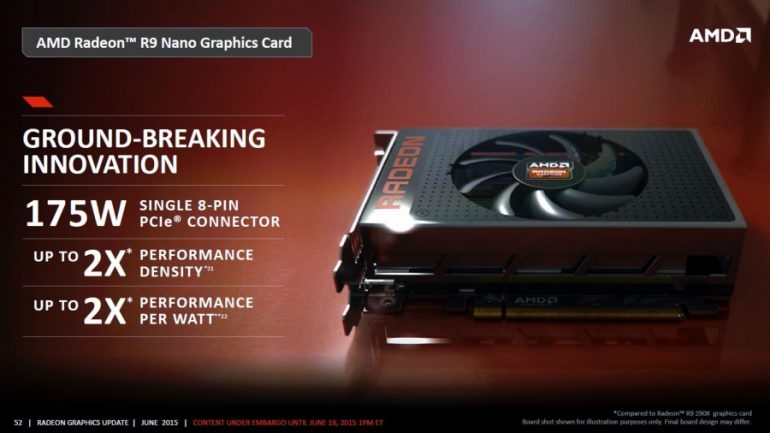 AMD first talked about the Radeon R9 Nano about two months ago when the US company launched the ground-breaking (at least technologically thanks to its HBM memory) Radeon R9 Fury X video card. We knew the device would be a smaller, efficient and powerful video card, which was nice, but we never knew when the card would be on the market – instead we had to do with the rather vague “this summer”.

Well, it seems the time for the Radeon R9 Nano has finally come – numerous online sources claim the card will arrive next week and more precisely on August 27, which happens to be Thursday. The card is expected to measure 6 inches long and to have the same chip seen in the Radeon R9 Fury X, which means it will have 4096 stream processors. The clock speeds will be lowered, though, since the Radeon R9 Nano will have to offer up to 175 watts of power consumption. In addition it will also have an 8-pin power connector and an air cooler that should do the job.