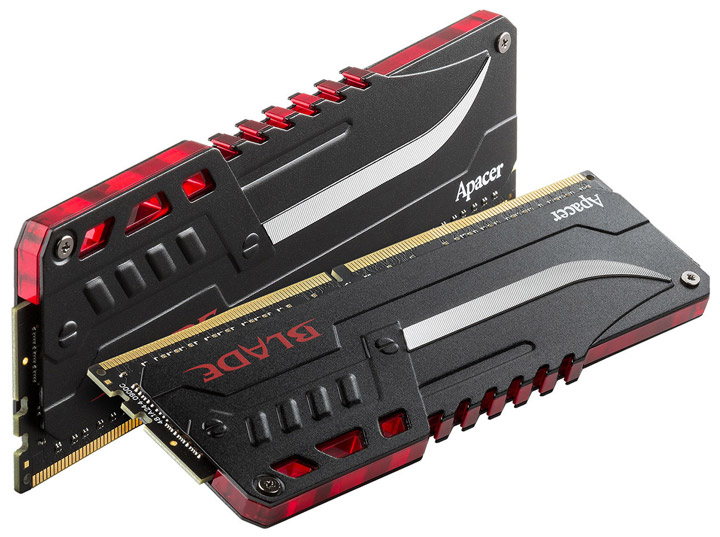 The new Fire Blade memory is available in memory sticks with capacities of 4 GB, 8 GB and 16 GB, which offer speeds from 2400 MHz at 1.2V to 3200 MHz at 1.35V. The memory works with latencies of 16-16-16-38 clocks and features LEDs on top, which pulsate while the memory is working, thus giving a cool look to the entire computer system. In addition Blade Fire comes with black heat spreaders that are made of quality aluminum with matte finish.