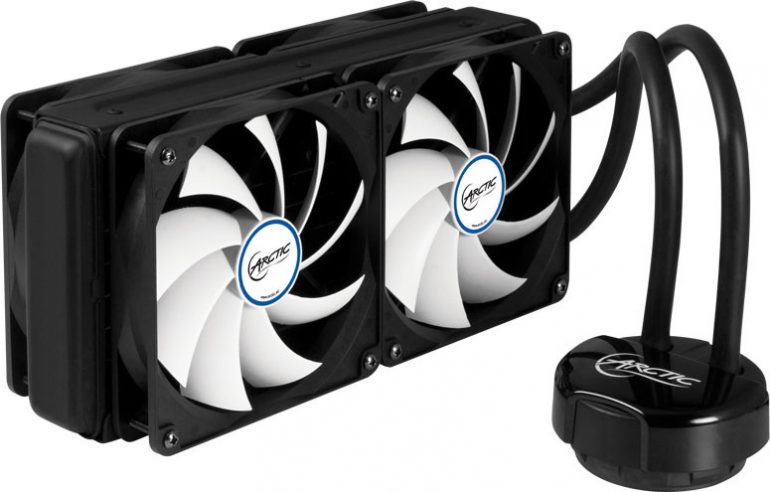 It’s almost winter time in the Northern Hemisphere but for some hardcore overclockers the lower outside temperatures are simply not low enough for them to achieve or keep new OC records. For such people Arctic has announced the new Liquid Freezer line of liquid CPU coolers. Who knows – this might be the thing you might just need. Let’s take a look at what Arctic has in store for us.

Well, it turns out that there are just two models in the line as of now – the Liquid Freezer 120 and Liquid Freezer 240. Arctic says the coolers support all modern AMD and Intel processors and offer minimum noise level, longer service life, the most efficient pump possible, some MX-4 thermal compound in the package and great performance. Speaking of it, according to Arctic the Liquid Freezer 120 can cool processors with TDP of up to 250 watts thanks to the included two quiet 120 mm fans, while the Liquid Freezer 240 can deal with chips with TDP of up to 300 watts, which is really impressive. This is accomplished through the use of four quiet cooling fans. Both coolers position their fans on the opposite sides of the radiator so that they can make use of a push-pull configuration. In addition to this all the fans are controllable through PST function and thus the fan speed can be adjusted based on the CPU temperature. All this is accomplished with the lowest power consumption possible.