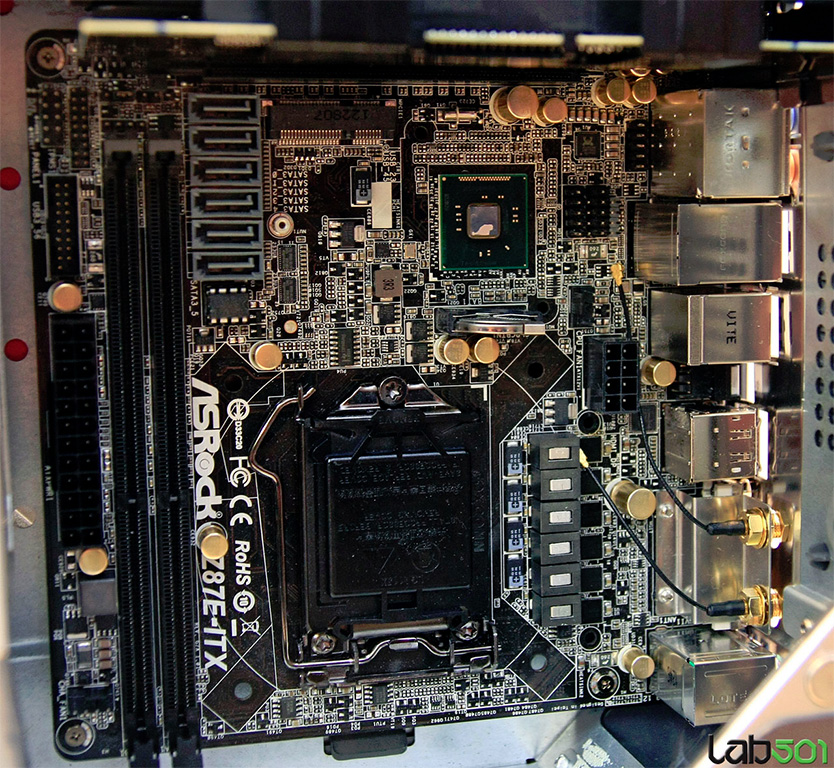 The Taiwanese ASRock has unveiled a rather interesting mini-ITX gaming computer at the just finished CeBIT 2013 exhibition in Hannover, Germany.

The unnamed mini-ITX computer is based on the ASRock Z87-E motherboard and as the name of the motherboard suggests the computer uses the still upcoming LGA1150 form factor and the Haswell processor. The machine also features a 6-phase VRM power system, a PCI-Express 3.0 x16 slot and two DDR3 DIMM memory slots. There’s also a mini PCI-E 2.0 slot for a special purpose – to accept the WLAN + Bluetooth card that ASRock provides with it.

The specs list continues with six SATA 3.0 ports with one of them being re-assigned as eSATA, HDMI, DisplayPort and DVI video outputs, a PS/2 mouse/keyboard combo port, Gigabit Ethernet and an 8-channeled HD audio with TOSLINK digital output.

ASRock however did not provide pricing or an official release date but given Haswell’s arrival in June we are likely to see the system on the market this summer.