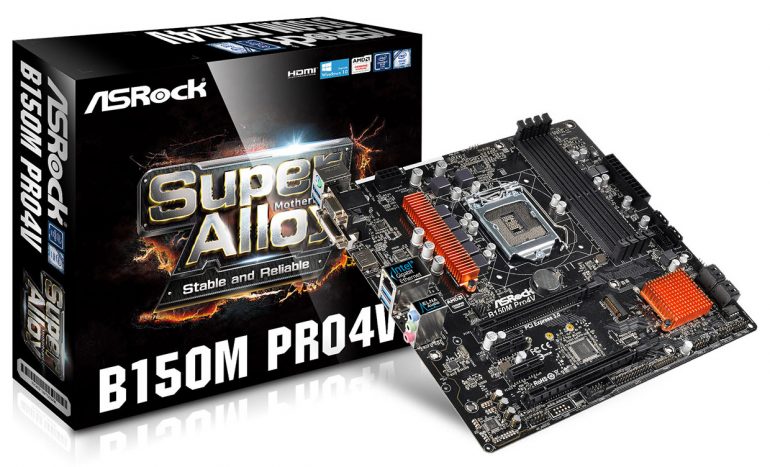 ASRock has announced one more budget-oriented motherboard for people who want to make a cheap Skylake system. The board this time is called B150M Pro4V and unlike the recently reviewed ASRock H110M-HDVP that has support for legacy hardware, the B150M Pro4V offers all modern technologies for your Skylake system for a low price.