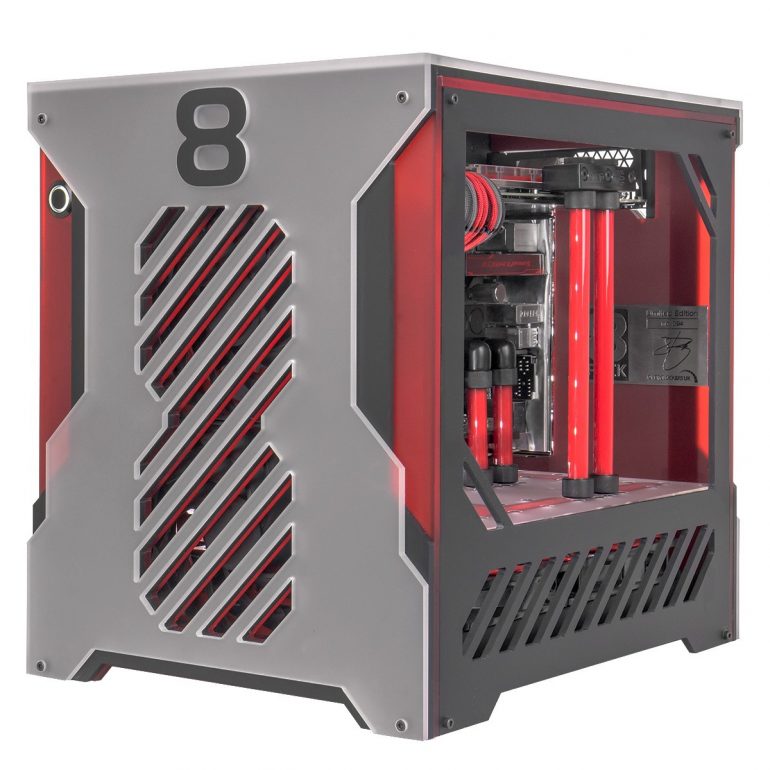 If you happen to come across a new small-sized gaming PC that carries the 8Pack Asteroid logo, do not be surprised – this is the latest creation of Ian ‘8Pack’ Parry, who happens to be a world famous overclocker. The Asteroid has every chance to be the world’s fastest Mini-ITX PC and as such it will be used for gaming among other things.

In fact the idea behind the Asteroid is to use it as a gaming PC. Designed for people who want to have the fastest hardware but lack space to house it, the Asteroid comes with excellent hardware specs. The computer has an overclocked Intel Core i7-6700K processor at 4.70+ GHz, 8 GB of Team Group Xtreem DDR4 memory at 3866 MHz (with an optional upgrade to 16 GB of DDR4-3733 possible), an overclocked GeForce GTX 980 Ti video card (which can be updated to GeForce GTX Titan X), two Samsung 850 Evo solid state drives (one 512 GB for OS and another 1 TB for games), a 1000W power supply unit by Super Flower, a custom Parvum 8Pack Edition case with a built-in watercooling reservoir, an Aquaero 5 fan controller and a flight case. In addition to this the Asteroid has been fine tuned by Ian ‘8Pack’ Parry by using all the knowledge he has so you should enjoy a rock-stable system. In case a problem arises, though, purchasers of Asteroid will get Ian Parry’s mobile phone number so that they can contact him if they need help and if this is not enough there’s a 5-year labor free service program for this really nice gaming computer.

The only thing that is not nice is the price – the Asteroid will sell for GBP 3989.99 and up, depending on the configuration chosen.