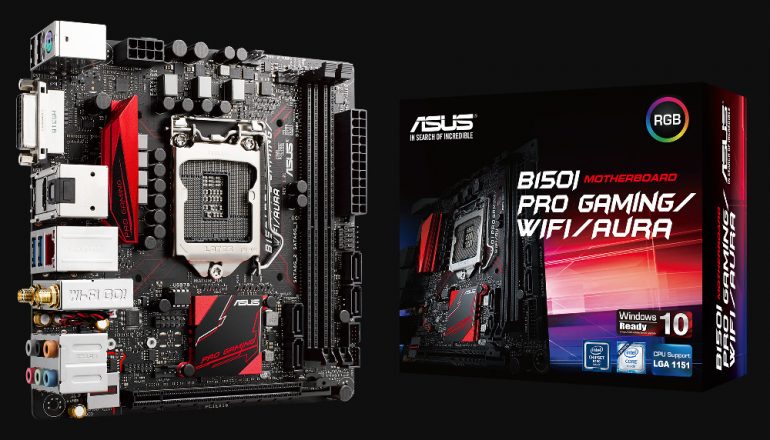 ASUS has announced three new LGA 1151 motherboards for the latest Intel Skylake processors that all feature the Intel B150 chipset. The boards are called B150I Pro Gaming/WiFi/Aura, B150I Pro Gaming/Aura and B150M Pro Gaming and another common feature is that all three of them offer the microATX form factor.

As the names of the motherboards suggest, both the B150I Pro Gaming/WiFi/Aura and B150I Pro Gaming/Aura feature the all-new Aura LED illumination technology by ASUS. Thanks to the inclusion of this technology the two boards can please their owners with an endless spectrum of color combinations as well as numerous fascinating and fun effects. The Aura effects are controlled via simple software and include changing shades to indicate CPU temperature, light shows such as Comet, Rainbow, Starry Night and others. 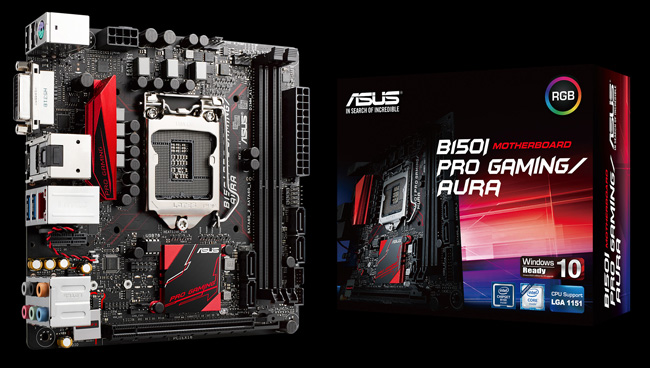 Although all Skylake processors support DDR3L memory, the B150I Pro Gaming/WiFi/Aura, B150I Pro Gaming/Aura and B150M Pro Gaming offer support only for the latest DDR4 memory standard thus giving users the benefits of this memory – higher performance at 30 per cent lower power consumption. All three boards also come with the latest Intel Gigabit LAN technology, which reduces CPU overhead and offers exceptionally high TCP and UDP throughput. The boards are protected by ASUS LANGuard, which is a hardware-level defense against electrostatic discharge and surges. There’s SupremeFX audio too for excellent sound effects full of realism. The B150I Pro Gaming/WiFi/Aura and B150I Pro Gaming/Aura additionally have GameFirst technology to prioritize game-related packets to eliminate laggy gameplay, the Sonic Radar II on-screen overlay for a heads-up on enemy movements, and intelligent RAMCache technology to reduce the risk of data loss and speed game loads. 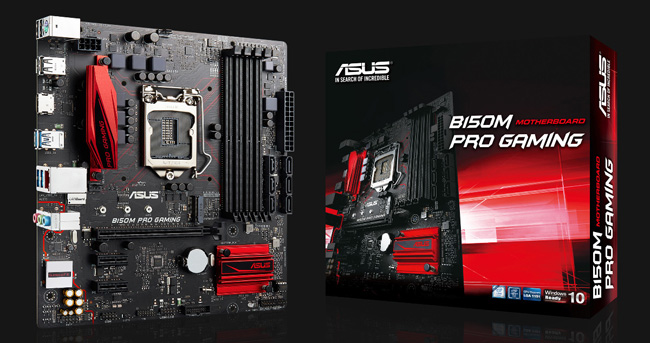 The three new ASUS boards come with high quality components inside, including but not limited to resettable fuses, superior chokes and ultra durable capacitors. The boards also have support for M.2, which allows the installation and usage of the latest high-speed M.2 SSDs. The B150I Pro Gaming/WiFi/Aura has two 802.11ac Wi-Fi network cards too, which enables maximized ranges and excellent reliability.

The new ASUS boards will be in stores shortly. There’s no information how much they cost but judging by their sizes they should not be too expensive.